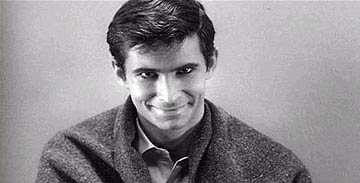 Hey, I couldn't view the nekkidness !

Heff is watching The Walking Dead. So far it has my approval.

Coco's first show was funny as hell in my opinion, but Seth Rogan ? yeah...

i loved the first episode of Walking dead, but the second ep, while good, strayed so far from the comic that it irked me.

i feel every time they veer too far from the original material, its gonna peeve me off.

Sybil - terrible announcer! One of the all-time greats on the field though.

Heff - It was a pic on Flickr, so maybe you have to have an account. I dunno.

Slyde - so it's probably good that I haven't read the source material, eh?

dammit, earl. so i went to look at the photo of the nekkid ladies and got lost in his images for an hour. to make up for that i am not reading the rest of your post. besides, i have to figure out how to contact him to see if he will photograph me.

Becky - that guy is pretty amazing, right? Now go read the rest of my post! ;)

I agree that Seth Rogan on the first Conan show was a bit "meh" but his story about proposing to his wife was actually pretty funny.

Marty - I think I'm suffering from Seth Rogen overexposure. Maybe. I didn't find him or the story to be funny at all.