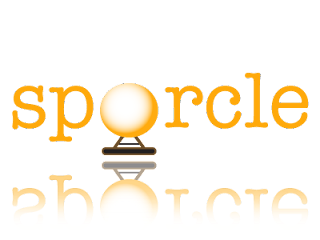 I don't know who out there recommended the trivia site Sporcle to me (or the larger blogosphere, to be more precise), but I either want to thank you or kill you.

It's become my pre-sleep habit for going on a month now.  Every night before bed, I check out the new quizzes on Sporcle for that day.  And sometimes I'll browse the archives, but I usually wind up on the site for a good half-hour or so before calling it quits for the day.  Probably not the best idea for someone who has trouble falling asleep in the first place, but whatever.

They've got some great stuff on there.  And a lot of it is more a test of your memory than it is actual trivia, but I dig it just the same.  Trying to name all the countries of the world by looking at a blank map made me realize that I know nothing about Africa and the former Soviet satellite nations.  Or how to spell shit properly.  And that ticking clock doesn't help jog your memory at all.  Quite the opposite.  Even easy stuff like naming the characters on The Office become frustrating when you are under the guy.  I couldn't remember Stanley's name!  And he's probably my favorite character on the show!

So yeah...thanks.  Whomever you are.

Do you Sporcle?
Pissed in the corner by Verdant Earl at 11:33 AM

Yes. I do. It sucks the day away so easily!

Adam - I try to stay away from it during the day. Yikes.

Oh damn. Now I have to figure out if I replace Angry Birds or fit in an extra 'hour' of surfing

Could not have been me, I never heard of it and I'm never going there from the sound of it. NUH-UH.

"frustrating when you are under the guy"????

didn't you mean 'under the gun' there, Mister Freudian Slip?

Slyde - Well look at that! And interesting that YOU of all people would find that "error". Feck it...I'm leaving it like that. ;)

i saw the error and wasn't gonna tell you. slyde is clearly a better friend.

and i am never going to this site. YOU CAN'T MAKE ME!

Well, I am tempted, but I get sucked into shit like that too easily.
Oh who am I kidding. I'll totally check it out.

It is bad enough that I go into Wikipedia to look something up and then end up following links for 45 minutes....I don't need to Sporkle.