And I'm not tallking Spartans here. But as King Leonidas would say: 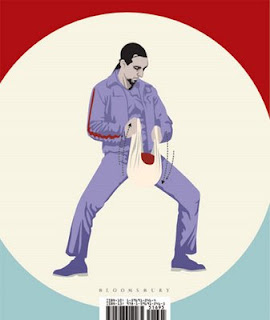 Yeah, so I went bowling last night. It was a birthday party for a good friend of ours. The bowling alley we went to was purchased by a chain called 300 aimed at making bowling fun again. It's a great idea. They don't have very many leagues allowed at the lane. Their demographic is the young, fun crowd or families to keep them afloat. Lots of music, video screens and assistants to help with the scoring computers. We had a private room with nine lanes and our own bar for the evening. And we had a blast.

It was the first time I had bowled in 8 or 9 years. I used to be in a bowling league with some work colleagues and friends. For about 7 years.

You can stop laughing now.

Anyway, I was into it more for the night out than I was in the actual bowling. That was reflected in my average, which in the 7 years hovered between 134 and 136. Seriously. I never got any better. The rest of the league thought that I was a statistical anomaly. I mean you have to get better at something if you keep doing it over and over again. Right?

Don't ask any of my ex-girlfriends that last question, okay?

So after 8 or 9 years of inaction on the lanes, what do I throw in my first game in that time period? That's right. 135.

PPS - Unfortunate newness over at MovieGrenade! This one hurt, kids. Sigh.

Pissed in the corner by Verdant Earl at 10:05 PM

Is that a picture of Jiggs?

And nobody fucks with the Jesus!

I LOVE BOWLING! there... i said it. my inner dork feels so much better. I can do a respectable 135 myself. never did leagues.

you think its too late for that?

i was at 300 myself last month, and im planning to go with some friends next week..

its pretty cool... super hi-tech and its kinda like happy hour, but with bowling...

My averages and high game were about the same in my early teens, but I do good to fall between 100 and 120 as an adult.

Now I have a craving to go bowling!!

ajooja - I was even worse as a teenager. I had friends who wanted me to join a league with them, but they reconsidered when they saw I could barely get out of the 90's.

Slyde and I talked like Leonidas from 300 for about a month after we saw that movie. Everything was "THIS IS LUNCH!!!" or whatever.

It's fun, you should try it sometime. ;)