"Excuse me...would you like me to luffa your butt?" 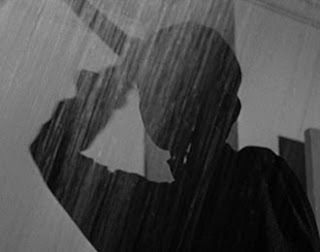 Thanks for all the swell comments on yesterday's post. Honestly, when I write something that long and boring I expect that no one will read it. Or they will at least do what I do when I encounter one of your long posts. Pretend to read it...find one statement to make fun of...post a highly sarcastic comment in hopes you won't notice. ;)

I'm in the middle of writing about the best "activity" vacation I was ever a part of. I define "activity" vacations as those that include a pre-planned abundance of things to do along with getting stupid drunk at the same time. These are different from my normal vacations where I do nothing much at all, except get stupid drunk. It should be posted sometime tomorrow.

For now, I will leave you with a little Slyde anecdote that he and I were discussing earlier today. He recently posted on his site about wanting to jump my bones. There was something else involved there, but that was basically the gist of the post. He's always wanted me in an uncomfortable way. Want proof?

About ten years ago I was waiting for him to come pick me up at my apartment one Saturday. We were heading out to a comic-book convention or something equally geeky, and I, of course, woke up late with a bad hangover from the previous evening's debauchery. I unlocked the front door so he could let himself in and I went to the bathroom for a shower. Right before I jumped in, I decided to lock the bathroom door. You know...just in case.

After my shower, I headed out into the living area and there he is. On my couch watching TV just like I knew he would be. He then asked me "Why do you lock the bathroom door when you take a shower when you live alone?"

I could only answer this with another question: "Why do you know that my bathroom door was locked?"

10+ years later and he still doesn't have a decent answer for me to that one.

PS - I picked a pic of the shower scene from Psycho because all the pictures that came up when I googled "gay shower" were even scarier. Wow.
Pissed in the corner by Verdant Earl at 8:59 PM

Jeez, he could at least make up some lame excuse like, "It was before I had my coffee and I really had to take a piss."

His silence on the subject is deafening.

Well he has been dreaming about pirates and wrestling.

I am so glad NYC Watchdog linked you today because your blog is fabulous!

Maybe he walked in just when he heard it go "click"?

Yeah I know, not as creepy/funny but... life sucks sometimes ok!?

uhm, that is kinda weird...

and for the record, i read all your posts long or no - even if i don't comment....except for the sports related ones, but that's not your fault - i just don't like sports.

Cap'n - To be fair, I think he tried. I just didn't believe him.

Hilly - Did he? Well, thank you and it's great that you stopped by!

RW - No making excuses for the Slyde!

Diva - Get ready for a post with a sports theme, but not really about sports...does that make any sense at all?

What you said is true, though. And I don't really understand it. Who really cares about sexual orientation these days? I guess coming from a background with gay relatives, living a quick boat ride from Fire Island, having gay friends and vacationing in Key West has given me a different perspective, but still...

Also don't forget that you are openly in love with me...


and for the record, i have no recollection of this episode...