The ABC's of Earl

Cap'n Marrrk did a version of this over at his joint the other day. So I figured I would nick it for the weekend. I tried to stay away from the serious stuff. There's been too much of that going on lately. So I just had a good time with it instead. 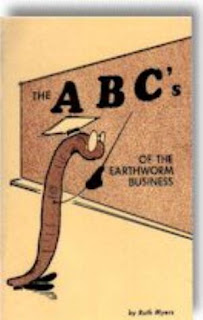 A - Alcohol. Like there is anyone who reads this blog who didn't think I was gonna pick alcohol to represent the A's. "Whiskey is a drink so mellow and slow. First you get a taste and you want some mo." - Skavoovie & the Epitones

B - Buffy. Glorious Buffy. Was there ever a better TV show or role model for today's young ladies? Don't make fun of my Buffy obsession!!!

C - Cunt. My absolute favorite curse word that I never say. It sounds awful coming out of the mouth of an American. This one is strictly for the Brits and the Irish. Those fooking cunts!

D - Dave Grohl. One of my man-crushes. I've talked about this before, but I think it's healthy to air it out every once in a while. I wanna be inside of him. Did that sound too gay or just gay enough?

E - Elvira. Poppy just mentioned her over at her digs. A goth chick with a huge rack? What's not to love?

F - Fingernails. I chew 'em. But only two of them. I used to chew all my fingernails and cuticles, but I stopped a few years ago except for the ring finger on my right hand and the middle finger on my left hand. Now all of my finger chewing rage is focused on those two digits alone. I call them my bad fingers.

G - Gia, clearly. She's the love of my life and my bestest friend evah!

I - Ice hotels. I'm obsessed with staying in one of them. I don't know why because I really don't like the cold weather that much. But the whole idea of staying in a hotel made of ice makes me smile. For some reason.

J - Jimmy Buffett. I've been a fan since I was 10 years old. I've seen him perform in stadiums, small charity events and even once on Duval Street in Key West. I'm a bit done with him now, but I still dig the music. Especially when I'm drinking and it's nice out.

K - Speaking of Key West...it's my absolute favorite place in the world. I would rather be listening to the juke box by the bar at the Green Parrot than just about any place on Earth.

L - Lost. How I feel sometimes, but also the name of my favorite non-reality show on television. Just how did Hurley manage to keep on all that weight?

M - Montauk. I wish there was a way for me to get to you without a helicopter and/or driving through the Hamptons. I would be there today if it wasn't a 3 hour drive with traffic. Something that is only 60 miles away shouldn't take you 3 hours to get to. Crap.

N - New Orleans. My second favorite place after Key West. I just read an article about how it has quietly become the murder capital of the U.S. in the past year or so. Not directly after Katrina, but just recently. I think it will be a while before go back. Shame.

P - Potato Chips. My snack o' choice. My current favorite is Utz Salt N Vinegar, but I really love them all. No real sweet tooth, I guess I was born with a savory tooth.

Q - Quadrophenia by The Who. Simply the best album ever made. It's my first and last choice for a Desert Island Disc. I would bring 5 copies - lots of backups.

R - Runners. As in joggers. I hate them! I hate their little shorts and their cute socks and their slim physiques. Fuck them for getting off the couch and exercising while I drive to the deli for a breakfast sandwich. Fuck 'em!

S - Shoulder. My right one. It's annoying the crap out of me. I don't know what I did to it, but anytime I try any kind of athletic endeavor it barks at me. Crap.

T - Tits. Another obvious one. I love 'em. All shapes, all sizes, all ages (over 18). Tits are great! Everyone should have a pair they can play with. Either their own or a loved one's pair. Hey...remember that Martian chick with the three boobs in Total Recall? She's now an agent working in Hollywood and she was just featured on Denise Richard's new reality show. Denise called her a cunt. Nice!

U - Unforgiven. One of my all-time favorite movies, one that I would probably list at #1 if I were pressed to say it. There, I said it.

V - Andrew Vachss - my favorite author. They've come and they've gone, but I've stuck with Mr. Vachss for the past 20 years or so. Burke is the man.

W - Water. Sounds simple and stupid, right? But I'm obsessed with it. I wanna live by it. See it. Drink it. Touch it. Hear it. Everything but swim in it outside of a pool. Fuck that noise! There might be sharks and other bitey things in there.

Y - The New York Yankees! It's been a tough season thus far, but I have faith. Plus Gia's dad played was signed by them out of high school and played in the minors with them. Once pitched batting practice to Joe D. Very cool!

Z - Zebras. Who doesn't love zebras? They look like pot-bellied little horses and they kinda resemble the decorations from those swingin' single pads in the 1970's. What was that pattern called again? (Z is a stupid letter, isn't it?)

On last thing before I head off for the weekend. This one is brought to you by New Orleans, Cliff Maegden and the letter "N". I've posted it before, but it seems relevant in regards to yesterday's post. Have a great weekend everyone!

Pissed in the corner by Verdant Earl at 3:12 PM

Now that's the Earl I know and love! This was funny shit, perhaps you got yourself a Canadian hug today afterall and you're feeling better?

Whiskey IS the best, but I don't agree with you about Buffy. I do agree with you on the C U Next Tuesday word though, it sounds better when Brits say it. However did you decide on the ring and middle fingers? I also bite my nails, not very lady-like I know, but whatcha gonna do? Come to Canada, visit our ice hotel! Your bit about joggers really cracked me up. Strangely enough my left shoulder has been buggin' me for the last couple of days... I too am obsessed with water, so much so I was a lifeguard for seven years!

Quadrophenia....should be classified as opera in my book. Mother-F#ckin great Opera. It transcends genres and speaks to the angst of youth and desperation in all of us. One of the things that everyone should do before they die, is walk a lonely deserted beach with Quadrophenia on an iPod.....you won't leave the beach the same person. (I am the Sea...indeed).

Owww, and Tits....there has to be something genetic about men's love of breasts, gotta love'em....and in connection, kudo's to Elivra as well.

Paige - I didn't decide on those two fingers. They are just bad fingers and they need to be punished.

Lotus - Here by the sea and sand is right!

I'm going to steal this motha for next week.

Oh YEAH! UTZ potato chips! Every time I was ever east of the Alleghenies this was a Must Get. Yum. Just regular good enough.

It's like on the left coat you have to go to an In n Out. Same deal.

Yeah I miss me some Utz.

of course I meant left COAST but screwed up because I suck.

You picked your fucking SHOULDER over ME for "S"?

Excellent. I am going to nick this and claim it for my Blog Empire.

RW - Heard of them thar In & Out burgers, but never had em. Love me some Utz though.

Liz - I was kinda being sarcastic with the zebra thing. Couldn't think of anything else with Z to go on about. Zappa? Zooey Deshchanel? Ziggy? I dunno?

Slyde - you were a close second to my shoulder.

LBTW - be prepared for a Revolution! ;)

Embrace the Cunt, we ladies get to call you Prick Fucks (etc.). So, fair is fair. Plus, the word Cunt is pretty!

And, yah, Elvira is a hottie. Whee!

youre just now getting around to this meme? jesuspigrapingchrist!

Whiskey Tits - great sname, and great comment. Pig raping...very nice! And I hate to admit it, but I think I may have already done this meme a few years ago and conveniently forgot. Who knows?

TK - What are ya trying to say?

you should do this meme every couple of years. who knows, your answers might change

Tequila - I don't think A is gonna stop being alchohol or T will stop being Tits. Hey...you should meet Whiskey Tits. I think you would like her. ;)

I love the word "cunt" cos it's so fantastically diverse, but I also love Jimmy Buffet so there's no accounting for taste. You're right - cunt is more more entertaining in a Scottish accent. Americans generally sound a bit lost when they say it and fail to use it with the full force it deserves. I do think Australians use it the most creatively. It's about the only thing we do creatively...

Jesus, Elvira is still around. I remember watching those hokey horror movies on her late night show back when I was, at best, a high school sophomore. Now, while my maturity never made it past sophomore year, my chronology certainly did. She's gotta be up there by now.

Limpy - I remember her from high school too! Cassandra Peterson is now around 57 years old. Quick trivia: she claims to have had her virginity taken by Elvis Pressley. Serous.