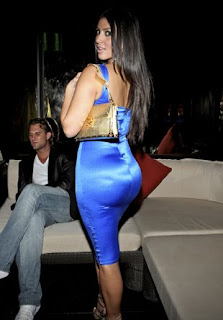 BIG ASS UPDATE: Okay...I figured out how to do it and it was so simple even a moron like myself couldn't screw it up. All I had to do was turn off my site feed then go an publish all those old posts. After that was done, all I had to do was turn the site feed back on. Easy, peasy, lemon squeezy. So for all of you can't get enough of Earl, you know who you are, feel free to delve into my archives from 2005 thru August of 2006. That's the old shit, fuckers! Most of it is outdated. Movie review and whatnot, but I wanted to add it all just in case Slyde gets rid of the old stuff on his blog. And there's one or two posts in there that I am semi-proud of. And by "semi-proud of", I mean totally ashamed of. - Earl

In anticipation of Slyde eventually moving his blog over to Wordpress or Blogger sometime in the future, I've been in the process of moving my contributing posts from his blog over to this joint here.

They are all sitting in my draft post area right now and I'm gonna try to post them with the datestamp from when they were originally written.

Here's the problem...I would rather not have them show up on the RSS feeds as new posts. Are there any Blogger geniuses out there who can tell me how to do this? I mean, I've spent about 10 seconds looking into it and I'm exhausted.

But if I can't figure it out, be prepared for an onslaught of old Earl posts in your RSS feeds. Sometime tomorrow, maybe.

Edit: Since you are here anyway, read this article about a dude who managed to turn a NYC apartment building into a real-live Da Vinci Code something or other. Must be nice being that rich.
Pissed in the corner by Verdant Earl at 1:42 PM

Labels: what's mine is mine

legal disclaimer: any unauthorized reproduction of any material originally represented on the site of the plaintiff, heretofore referred to as "Slydesblog", will be punishable by multiple heiney-spankings upon the rump of the defendant, heretofore known as "earl".

You have been warned....

As I am probably the last person on Earth who does not use a Reader I have no idea.

Slyde - Ok, but only if you're naked too!

RW - I thought I was the last holdout. Good to see someone sticking to their guns.

on a more serious note..

if you figure out how to do this, please let me know..

the reason why i am seriously considering moving to blogger is that, when i archive my posts, the only RSS link no longer works, and the only way for me to fix it would be to update the rss link, but that would, as you said, create all new rss feeds for my posts, which i want to avoid.

Heyy..
I really need to talk with you.
do you have messenger? add me please...and hurry ^^"
mor_100@bezeqint.net

Slyde - figured it out, go read my update.

People that rich should be hunted for sport.

I really didn't pay attention to anything you wrote. I am still trying free my wang from the spell that Kim Kardasian's booty has placed on it....

Limpy - and their apartments should then be given to folks like me!

Teeni - it really was that simple!

Lotus - she is bootilicious!