Is there any singular event* in professional sports as wonderful as a Grand Slam? I know that they occur with fairly steady frequency and that singular events like a triple play or a straight steal of home are much rarer. But, for me, it's the Grand Slam that encompasses all that is exciting and wonderful about baseball.


*Obviously World Series viictories and no-hitters are pretty special, but they aren't singular events.
Especially when one happens at or near the end of the game.

On Tuesday evening Evan Longoria of the Tampa Bay Rays hit a walk-off 2-run HR against the Boston Red Sox in the bottom of the 13th inning. It was his second HR of the game as he had already drilled one in the 8th inning to tie the game up.  Oh, and he struck out 4 times in the game as well.  Baseball is a strange and wonderful game.

A walk-off HR is pretty damned exciting, but Longoria was upstaged that same night by Albert Pujols of the St. Louis Cardinals who hit a Grand Slam in the top of the 10th inning against the NY Mets to stretch the lead they had just opened up when Mark DeRosa was hit by a pitch with the bases loaded.

So it wasn't a walk-off, but it is difficult to beat a Grand Slam in extra innings in the baseball drama department.  At least in my book.  At this point in his career it might be prudent to simply walk Sir Albert when the bases are juiced.  Giving up 1 run is better than an automatic 4.  And that's how well  Pujols is hitting the ball right now.  You just knew he was gonna hit a Grand Slam in that situation. 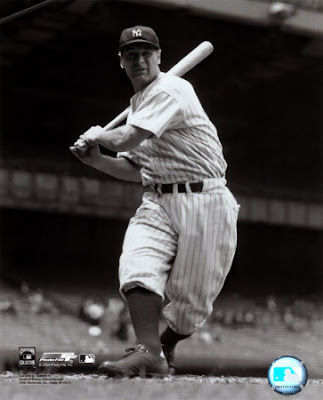 And that is probably enough baseball talk for a while.

I must admit to being fascinated by most things associated with baseball these days. A lot of my interest stems from coming here.

Ok,Earl. I read you headline and rushed over here for some juicy baseball talk and what do you do???

You piss me right off in the second paragraph! So much so that I couldn't read any further and enjoy any of your gushing grand slam prose.

You know why? Cuz it still smarts and I don't want to talk about it anymore.

Jimmy - it is a wonderfully slow and thoughtful game. I've been watching it myself since I was a pup and it still fascinates me on a daily basis.

Candy - Big 4 game series this weekend, kid. As for Tuesday night, nothing is better for me than when both the Mets and the Sawx lose in heartbreaking fashion on the same day/night. Sorry.

Went to a AA game in Norwich on Sunday and saw an inside the park home run. Now that was a sight.

Uncool - that is a sight. I've seen a handful live. The first was Willie Wilson for the Royals when I was a kid. But I'll take a Gran Slam over an inside-the-park job. Here's why: Because an inside-the-park HR happens out of the blue. There is no buildup. All of a sudden a player hits one in the gap and thinks triple and then the ball gets away from fielder and starts to think home. With a Grand Slam, the bases are loaded and the pressure is on both the hitter and the pitcher to deliver. The entire crowd is usually already on its feet cheering for the home team. It's a big moment.

interesting to read something other than "the pirates fucking suck" when referring to baseball.

Becky - they do suck, but I think the trades they made will help them in the future. Eventually, however, they are going to have to commit to spending some money on the talent.

Baseball...yeah, yeah...right....sweet game, but what I really want to know is, is Evan Longoria related to Eva Longoria??????

Bruce - No, but it is a constant source of amazement to me that a big TV star and a big baseball star have such similar names. And not common names either. Weird.

Kinda gave me the feeling of watching the game myself. Wierd.