You know, there was a time that Mel Gibson was probably the biggest badass in Hollywood. And I mean that in a good way. From Max Rockatansky to Martin Riggs to William Wallace. No one brought the vengeance like Mel did. Retribution might be a better word for he brought to the screen. The hot and cold running violence that ran through his veins was truly something to behold.

And then he went batshit crazy. 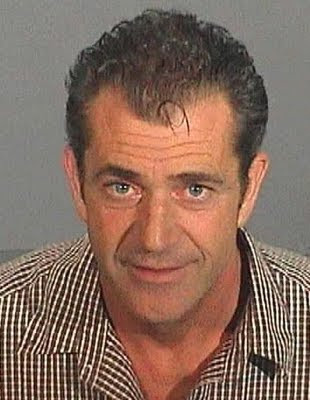 Anyway, Mel Gibson going crazy isn't what I'm talking about here.  I'm talking about what I think is the last truly great (or at least very good) film that Gibson has given us.  Brian Helgeland's Payback from 1999.  Sure, The Patriot has it's moments, but it felt like a pale imitation of Braveheart in many ways.  And while I liked Signs, he was probably the weakest link in that film.  As a director he has given us The Passion of the Christ and Apocalypto since 1999, but I hated the first and just kinda liked the second.  Neither were up to the standards of the guy that we use to refer to as His Melness back in the day.

Anyway, my point is that I think Payback is great.  Maybe that isn't the widespread opinion of the film, but I like it a lot.

If you haven't seen it yet, it's about a singularly-named thief (Porter) who is double-crossed by his partner and wife in the worst of ways.  He spends the bulk of the film tracking down the money that was stolen from him.  Working his way up the crime organization/syndicate from lieutenant to under-boss to boss until he finally gets what's coming to him.

It was filmed in the fashion of a 1950's film noir hard-boiled private detective story.  Down to the washed-out blue tint that permeated the film and the wise-cracking first-person narrative.

But what I didn't know is that Brian Helgeland was fired from the project with scant weeks to go because his original vision was much darker than what eventually wound up on the big screen.  Test audiences were thrilled with this side of Gibson or how un-mainstream it felt.  Helgeland's version of Porter was colder and even more single-minded in the pursuit of his money.  And his final product was maybe a little too dark for the studio.  They wanted a happy ending and a more mainstream thriller.  So they wrote an entirely new third act, added some humor and the narration.  And it worked, for what it was worth.

Well, the powers that be gave Brian Helgeland to the opportunity to re-issue the film in his original vision.  The blue tint was gone.  The narration was gone.  And almost the entire third act was gone.  The character that was played by Kris Kristofferson in the theatrical release was relegated to a voice-over job by Sally Kellerman.  It's amazing to me how much was changed in the two or three weeks after Helgeland left the film.  Even the non-linear structure of the first film was removed...mostly.  It simply became a story of a hard man walking into a city and pursuing his goal in the most straight-forward of ways. It's similar...but very different at the same time.

I loved the new/old film.  Even more than the theatrical version, which I still really enjoy.  If you are a fan of the original film or if you felt like it was just missing a little something then give Brian Helgeland's version a try.

It really is a totally different film.

At the foot of one of Scotlands oldest and most important national monuments to a real Scottish hero, some corporate bastard stuck a life size statue of Mel Gibson in the guise of William Wallace.

Needless to say it is constantly covered in spittle.

Australians were happy to claim Mel as our own when Mad Max came out. But these days everyone always points out "Well, he WAS born in America..."

Partner thought Payback was a good film and is uber excited by your news. I'm yet to see it.

Interesting. I really enjoyed the theatrical version and I'm wondering if I'd actually enjoy this one or not. I'll have to check it out.

AK - not only America, but he's a New Yorker by birth as well. Ech.

Avitable - I'd be interested to see if you like it as well. It's definitely a less accessible film, in general. Shorter too. What I didn't stress in the post is that it isn't EXACTLY his original vision. Some of the stuff he wanted was lost in time and some of it was never filmed. So he pieced together what was left to kinda come up with what he wanted with the film. And he left the blue tint out even though that was his original idea for the look of the film. So that is different too. Check it out and let me know what you think. Both are good for their own reasons.

i still would probably fuck mel.

Never was super crazy about Mel. He was cute in the Lethal Weapon movies, I suppose. I did like Payback. Not sure I'd love the newer version of it, though. One of the reasons I liked Payback so much was because of the Kris Kristofferson role. It was a different sort of bad-guy.

I'd like to weigh in on the "Would I/Would I not Fuck Mel" debate (in no particular order):

I would nail him like Jesus to the cross.

I would ball him whilst screaming FREEDOM!

I would take him to the river...wash him down.

I used to love the guy - Mad Max, Mad Max 2, Lethal Weapon... Then he got all studio-ey, and made Mad Max 3, which was shite. And the rest of the Lethal Weapons, all of which were shite. And all that other shite - and I heartily including the piss-poor Braveheart in that.

But I did enjoy Payback. It's not as good as Point Blank, but considering it's a recent-ish Mel film, it could have been a real dog.

Funnily enough, I borrowed it from my dad yesterday so my lovely wife could see it, as I think she will like it a lot. Small world.

Becky - and rock his world, I'm sure.

Wabbit - Not even if he wore a fancy dress?

Doggie - The minuteman joke was just awful. You are better than that, man.

badger - Aha! He mentions Point Blank. Nicely done. But have you seen it recently? I watched it again over the weekend and it is terribly dated now. Lee Marvin is always great, but he wasn't much of an actor. More of a force of nature.

I liked Payback and would very much like to see it again and the other version to compare.

i love the irony of the patriot

an aussie and a kiwi playing son / father patriotic douches


i've never seen Payback though, i shall check it out some time

Mik - it was really good.

Kiki - aren't they both Aussies? I mean, besides Gibson's American birth.

Doggie - That would be your favorite! I don't even know what I mean by that.

yay! i found a sneaky-as-fuck way to still get to your site even though im technically blocked here at work. we'll see how long it lasts...

i need to see this version.. i really enjoyed the original.

gibson spent more time in NZ then Australia
we claim a few like that...

Russell Crow is another

I'm a Lethal Weapon fan, which Mel was able to be batshit crazy enough where it was actually entertaining.