How is one to respond? Easy, by coming up my own 6 Reasons Why We're Cooler Than You! I'll even try to follow his lead and make similar points. If only because I'm lazy. 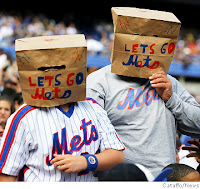 1. We're Not the Mets. Sure they've won a couple of World Series titles since joining the National League in 1962. Two in almost fifty years.  That's cute.  But for so many baseball fans around the nation, they are still the "Lovable Losers" from their first few years in the league. For some of us, present company included, you can subtract the word "Lovable" from that term. The Yankees are solid, historical, legendary and a brand name that is the very embodiment of pride. Fans all over the world are proud to wear their Yankee hats and Jeter jerseys. The Mets were born out of the embarrassment of the double defection of the Giants and the Dodgers to the West Coast. Even stole a bit from each of their logos to create their own. The back page of the paper is made for news of the latest Yankee victory or acquisition. The inside fold is for the latest foiled injury comeback or Oliver Perez signing. Ewww. 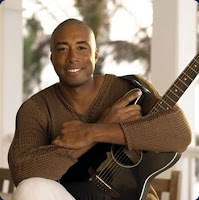 2. Maybe "Bad-Ass" Isn't the Right Term, But "Entitled" Ain't Right Neither!  Sure the Yanks are good, and they've been good for a very long time.  Baseball revenue comes mostly from local sources, and the Yankees are blessed to play in one of the largest markets in the country.  And they spend that revenue on the team.  Hell, they even pay luxury tax as part of MLB's revenue sharing program.  In 2005, they paid out $76 million along with other teams like Boston and the Dodgers and the Mets.  Teams in Tampa Bay, Toronto, Kansas City and Milwaukee each RECEIVED somewhere around $30 million or even more in 2005.  So we are here to help.  Because we're cool like that.  And our bad-ass side includes the likes of Babe Ruth's prodigious eating, cigar-smoking, drinking and womanizing ways, Mickey Mantle's similar destructive path through life, two pitchers on the team swapping wives, children and dogs in the early 70's, Reggie Jackson brawling with teammates and managers alike in his volatile stay in pinstripes, and Bernie Williams playing classical guitar professionally after he retired.  Okay...so that last one sounds a little entitled.  But he's got four rings....what do your guys got?

3. You Can Keep Your Innovation! - Our style is classic.  Pinstripes and dark blue caps going back nearly 100 years.  Names on the uniform?  You can keep 'em for your pathetic little teams.  Our baseball men are giants on the field who need no introduction and no name on the back of their jerseys.  We fans don't need that shit.  It's bad enough that we bother with the silly seventh-inning stretch nonsense that all those minor-league-ish teams feel that they need.  And for the record, it's time to stop with "God Bless America" in the middle of every fucking game.  We finally got rid of that Shrek lookalike that destroyed the song for big home games last year when he allegedly made anti-Semitic comments.  He's gotta know the Yankee fan base.  Quite a few Jews in NY, ya know. What's the Yankees biggest innovation?  Winning!  And it never gets old. 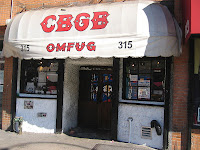 4. OK, I'll Give You Disco Demolition Night.  That was pretty fucking cool.  The White Sox may have been on the cutting edge in July of 1979 when they gave Disco its fitting and angry send-off.   And the Yankees still somewhat celebrate the Disco era during the 5th inning when the grounds crew busts a move to YMCA.  Sure, it was kinda funny the first few times we saw it, but enough already!  But during the height of the Disco era while the city was dealing with blackouts, The Son of Sam, Disco and political upheaval, the boys from the Bronx brought a little peace to New Yorkers.  We fans can fondly look back on 1977 and 1978 and remember something other than Studio 54 or Saturday Night Fever.  Plus punk rock was busting out all over the place at little joints in the Lower East Side.  And punk rock had just as much to do with ending that embarrassing era as anything else.  NY did that.  Yeah.

5.  Casey Stengel.  You take any manager you want, any manager at all, and I'll take Casey Stengel and we'll have a Most Quotable contest.  Your guy is gonna lose.  "They say some of my stars drink whiskey, but I have found that ones who drink milkshakes don't win many ball games." or "Being with a woman all night never hurt no professional baseball player. It's staying up all night looking for a woman that does him in," or "I don't know if he throws a spitball but he sure spits on the ball." or "The key to being a good manager is keeping the people who hate me away from those who are still undecided."  Yogi Berra certainly learned a thing or two from Casey.  Now, unlike RW, I never met my baseball hero nor was I ever lucky enough to get drunk with the dude.  But all I have to do is read about those exploding scoreboards at Comiskey Park that RW is so fond of and see how Casey felt about them.  In their second visit to Comiskey after the new scoreboard was installted, he and the Yankees waved a bunch of hand-held sparklers after Clete Boyer hit a home run.  Maybe Casey remembered that Bill Veeck, back when he owned the minor-league Milwaukee Brewers in 1944, objected strenuously to hiring the Old Perfessor as manager.  Veeck was in the South Pacific serving with the Marines in WWII at the time, so he didn't have a chance to block the hire.  And so it goes... 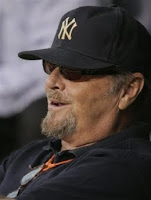 6. Yankee Fans.  We have the best, the brightest, the most knowledgeable fans in the game.  And certainly some of the coolest.  So the White Sox have our man in the White House.  Big deal!  They don't got Jack, in my opinion.  As in Jack Nicholson.  Jack is such a die-hard Yankee fan that when Martin Scorcese asked him to don a Red Sox cap during a scene in The Departed, good ole Jack responded with "...all things being equal, I don't want to."  Here is probably the greatest director that Jack has ever had the pleasure to work with, and he tells him to go to Hell rather than wear a Boston cap.  Not only that, but in that particular scene Jack intentionally wore a Yankee cap.  Just because.  Yankee fans are clearly the very fucking best!

Everyone looks great in pinstripes.  See if it ain't so.

Guillenese is catching up to Stengelese slow but sure. But this is an impressive list. Now if only Jack Nicholson could act anymore you'd have hit a grandslam.

RW - Ozzie has the benefit of a Twitter account to get his point across. Casey just had a wink and a smile. ;)

PS - I think Jack was pretty good in The Departed, but yeah...it's been a while since he did anything truly impressive on the big screen.

Speaking purely as a closet Euro fan, I'm gonnae have to go with the whole Yankees thing. They do seem to have better beer.

Dear God, who on earth would brag about having Obama as a fan?? He must have splinters from scraping that barrel....

lol, reason #7, badgerwhatever is not a Sox fan. Earl, I think I win.

"baseball" is the one where they kick the fieldgoals, right?

Jimmy - The Sox actually have a pretty great food/booze selection at their Stadium, but take the Yanks anyway.

badger - Hmmm...I wouldn't mind having the President that I voted for and support be a fan of my team. :{

I hope I am not expected to come up with my own rebuttal. I am WAY too hungover to even attempt it!
Go Reds!

And just why was it necessary to slight the Mets (and by extension, me) in this piece? You should have instead have picked on the White Sox as the Mets have never thrown a World Series. We lose them fair and square.

And remember, the Mets took in Casey Stengel when your Yankees kicked him to the curb after losing the 1960 World Series.

Hmmm...you inspired me. I need to rebut Beantown style...

Jack's kinda cool..after all he is Jack. Would Stephen King be our equivalent?

Uncool - you got hit by some ricochet action there, sorry. Not sorry for hating the Mets. That's in my blood.

Candy - Stephen King is pretty good, but that's for you to decide. Dr. Dre was just at the game Sunday night too...

Mr Always is bugging me a bit there, Earl. I counted selling out on the World Series as a positive. What the hell kind of prosaic people do you... oh wait... Mets. Is that the minors, the National League?

But pinstripes are for pyjamas.

Anything with a commercial linkup to Manchester United aka 'the scum' is not to be encouraged.