The Rest of the Trip

Note - Added a new little something over there on my sidebar. The beginnings of what will most likely be a very long list of my favorite bars, mostly in NYC. Check it out - it's right under my tattoo! - Earl 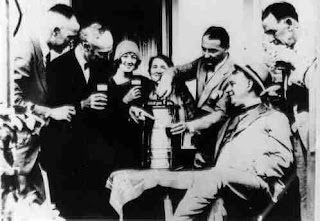 Rather than go into lengthy detail surrounding the rest of the baseball trip I spoke about a few days ago, let me just give you the highlights. Bullet-style!

Pissed in the corner by Verdant Earl at 7:29 AM

point of note: I had hoped you would have never blogged and used a sentence that started:

it's just too tempting to finish that sentence for you...

Is that what you want, you sicko?

Slyde stole my thunder. Bob's last name wouldn't be Downe, would it?

My mom ended up in Harlem when she was 16...by accident of course. They were on a band trip. Some locals noticed they weren't from around there and were nice enough to put them back on the right subway.

btw you shouldn't eat in the bedroom. Noone likes a crotch full of crumbs...well...except maybe Bob.

Kat - I used to spend a lot of time in NYC, so I'm fairly comfortable in most areas, even Harlem. That being said, we got on the wrong subway once for Yankee Stadium and ended up in a real bad neighborhood. A cop saw us get off the train and escorted us back to safety. No idea what you mean about the "eating in the bedroom" comment???

I swear, I'm taking you on my next roadtrip.

Is this 'Fear & Loathing in Las Vegas' on booze?

WR - "We had two bags of grass, seventy-five pellets of mescaline, five sheets of high-powered blotter acid, a saltshaker half-full of cocaine, and a whole galaxy of multi-colored uppers, downers, laughers, screamers... Also, a quart of tequila, a quart of rum, a case of beer, a pint of raw ether, and two dozen amyls. Not that we needed all that for the trip, but once you get into locked a serious drug collection, the tendency is to push it as far as you can. The only thing that really worried me was the ether. There is nothing in the world more helpless and irresponsible and depraved than a man in the depths of an ether binge, and I knew we'd get into that rotten stuff pretty soon."

I love milwuakee... love it.