No turning back now...is there? 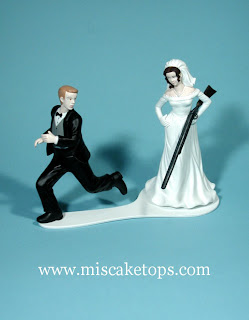 Gia found out today that her marriage is officially over.

That's right...her divorce finally came through. For those of you who aren't in the know, she married a good friend of hers so that he could become a legal resident of these here United States of America. I guess he must have really wanted to live in the land of the free {insert snide comment here} to marry that woman! Just kidding, G!

So now she is free to wed the man of her choice. Hmmm...who could that be? She just asked me if that means she can now tell people that we are engaged. I said "no way"...not until I make it official with a ring and everything. Call me old-fashioned, but I don't think a couple can just decide to be engaged. One of them needs to sit down and officially ask the other in a serious and profound way. And it doesn't have to be over a multi-carat diamond ring (but she wants one). Hell, it can be over a cheeseburger if that's what floats yer boat. So she will have to wait before she can say it's official.

This isn't anything she doesn't know, and she reads this blog occasionally so nothing I type here will come as a shock to her.

Tonight we are having dinner at a friend's house and we are going to celebrate her new life as a divorcee with some martinis (Sapphire with blue-cheese stuffed olives soaked in vermouth) and some champagne.

Look at me kids! I'm dating a divorcee! Rowr! 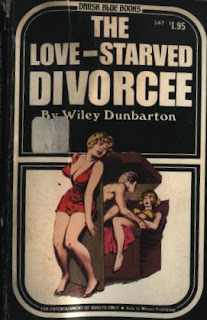 PS - Any news on forthcoming engagements will be posted here toot sweet. That's French...right?
Pissed in the corner by Verdant Earl at 4:51 PM

Wow! What interesting stories you will be able to pass down. It sounds like a television show or something. I'm tuning in so I don't miss the offical engagement episode. :)

Divorcees are "hot to trot."

and yet you still havent introduced her to your first love... mainly me.....

Teeni - Survivor could be the name of our TV show. ;)

Slyde - it's kinda weird right? Maybe I'm just making her up. Listen...tomorrow night, Anthony an Jill Nicolini (Antholini from the Opie and Anthony show) are going go be at FH Riley's in Huntington. Wanna meet us for dinner and drinks?

Avi - Thanks! I've been hearing alot of bowchickabowbow in my head today. Must be the divorcee thing. :)

Personally, I am all for the cheeseburger thing. I think that shows a lot more commitment that some shinny rock.....have you seen the price of beef lately?

Blasphemy! (however you spell it)

As soon as you officially become engaged you just gotta start referring to each other as your "fee-yon-say" at every opportunity.

Yeah. What the hell.

Lotus - and it stays in your colon for a while, so it has longevity too! ;)

Kiki - Welcome to my world!

RW - sounds like a fine evening to me too!

yeah, i heard the show yesterday that antholini will be there tonight...

theres no way i can get there tho.. between the wee one, and helping out my grandfather today at the nursing home, i am local-bound.

Slyde - yeah...I'm almost hoping it's a bit for the radio. She is too hot and too cool for him.

I am so happy for you and Gia. You clearly love each other so much.

Make sure you give us all a step by step story of how you proposed.

Elise - who says it's gonna be me who proposes? Maybe she will get down on one knee and offer me a cock-ring. Huh, what? ;)

Aw! Congratulations! I still find the finacee thing a little weird, maybe I'm just shy! Please share all the details! (Unless is does end up having to involve a cock-ring.) ; )

Limpy - it's always been hot. Now it's just a different kinda hot. Did you take a look at that book cover? Rowr!

Sounds good to me :D

I used to know someone who married some guy who would get conscripted to the Swiss army otherwise, Can't imagine the Swiss army is a high risk occupation as the Swiss have a policy not to get involved in anyone's wars. I suppose the idea two years pointless marching about got to him....

A few years later he put an ad wanting to get in contact with her. She thought he probs wanted a divorce to marry someone for real. I don't know if she replied but I hope she did. Everyone deserves one chance - okay make that two...

WR - Yeah, I wouldn't think the Swiss Army is all that difficult. I mean, they put corkscrews on their pocket knives.

Does she get alimony???

My only advice on the ring is not to give it on a national gift giving holiday or her birthday.

I also advise against putting it in the bottom of a champage flute while munching mushrooms stuffed with jalapeno peppers.

Just tell us when you ask, she says yes, and you elope in Paris.

Hooray!! i'm a little behind the times, it seems... but still!! Good for Gia, and good for you. Can't wait to see the 'rock' you end up giving her...cuz a lady needs diamonds.

Diva - she's gettin' a rock all right, but probably something dug out of the back yard. ;)

dating a divorcee... you're so cosmopolitan...