The worst hack on the web* is reporting that Harrison Ford and Calista Flockhart are looking to adopt.

I'd like to officially put myself on their radar as a candidate.

Mr. Ford, here are a list of my qualifications: 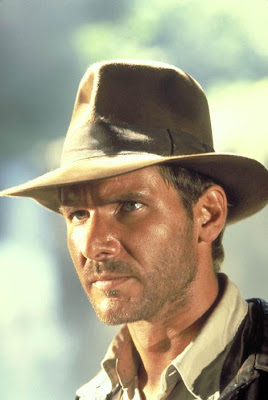 So what do you think?  If you are interested, please leave a comment down below.  Thanks, um, Dad?

*OK...there are probably many, many websites out there worse than Perez Hilton.  I just can't stand the guy.  And I don't read his stuff normally.  This article was referenced on another site I read.  Pffftht!

I have been to Jackson Hole, Wyoming

I would be willing to call Calista Mom, as I am spanking her.

Perez Hilton does pretty much suck.

That is all, for now.

Wil - Calista Flockhart is built like a slender 12 year-old boy. She doesn't do a thing for me.

I am now picturing you in a fedora!!! And with your rogue-ish good looks I think I need to meet you!!

One of your points should have been, "You can call me Junior."

I might have to fight with you over this one. I love Harrison Ford, and I think I could take on Calista in a fight (my 7 year old could take her on in a fight)....
Nah - reeks of too much effort. Therefore, I join your campaign.
Junior. Hehe
:)

Kate - every dude my age has a bit of a man crush on Han So, er, Indiana Jo, er, Harrison Ford.

Michelle - slender is ok, but gimme a woman with something to hold onto. If you know what I mean.

Avitable - That's why you get paid the big bloggy bucks. :)

Sybil - we named the dog Indiana! (I dunno, that seemed somewhat appropriate there)

is "rogue-ish good looks" a fancy way of saying "funny-looking"?

cause if it is, then ragarding this list, i think you hit the nail on the head...

p.s. yes, i spelled "regarding" wrong. Thought i'd cut you off at the knees there with your funny comeback, you rogue you!

Slyde - Why did you have to go and do that? You know how much I love pointing out your spelling errors! Speaking of "ragarding", I should have included something from Regarding Henry. Damn!

OK I'll adopt you... oh you only want Harrison Ford to adopt you?

Ookami - yeah, it's kind of an all or nothing thing here. Thanks anyway!

Oooh, I'd like to be adopted by Harrison, too.

But then, I'd probably go all Soon-Yi on the poor guy, and that would just be icky.

He's all yours, Earl.

when you get adopted, can i come hang out?

Bruce - What you talkin' bout, Bruce!

Diva - Sure. Jackson Hole is just a hop, skip and a jump from the Skatch. Which looks surprisingly warm in that video you posted today.

I'll call him Daddy any time, any day of the week regardless of what age he is...*sigh*

Candy - yeah, that did come out a little gay on my part, didn't it?

Thank you so much for your application. As the sole firm representing the Ford-Flockhart adoption endeavor, I regret to inform you that the position has been filled by a young Indian boy named Rajesh who was sewing soccer balls in Gujrat for 25 U.S. cents a month.

You'll be happy to know that Rajesh, who will heretofore be called "Hank" is doing well. His parents to be have already procured an exceptionally attractive Brazilian nanny who will not only facilitate his coming of age at the standard age of 13, but whose son will inevitably be a facilitator to the meth habit young Rajesh will develop in the next 3-4 years.

We thank you for your interest and would like to encourage to circulate your resume to the folks over at the Pitt-Jolie household.

We understand that they're initiating an affirmative action policy and it seems that near middle aged white men are grossly underrepresented.

All the best.
Ford-Flockhart PR

Please ignore the "Faiqa said" part of this comment. We have no idea who that is. And, yet, we're strangely fascinated by her...

If you become his son, can I then become your gf? Makes me one step closer to my boinking Harrison Ford fantasy.

~E - Sorry. Position is filled already, but I can refer you to some other old dudes I know. They may not look like Harrison Ford, but they all wear hats of some kind. :)

ha, I think you should have included photo-shopped pics of you and him in fedoras standing in front of some tomb. That would seal the deal, I'm sure.

Kaylen - I have a poster exactly like that in my bedroom!