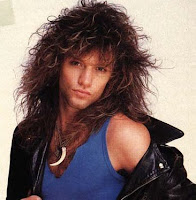 What a couple of poofs!

The Proust Questionnaire has made it's rounds around the blogosphere in the past few weeks, and it got me to thinking about how most American's know about it from James Lipton's twice-removed bastardization of it on his show Inside the Actor's Studio.

Then, quite by mistake, I happen to be watching the Bravo Network yesterday and I was surprised to see that they were still producing that show. I say "by mistake" because I would never intentionally watch that channel anymore. It used to be great. Filled with hours upon hours of wonderful programming like The West Wing, Live From the Lincoln Center, independent films and yes, Inside the Actor's Studio. But that has all changed. It's now filled with crap like The Desperate Housewives of (insert city here), Salon Takeover and Top Chef. Sure, some folks love Top Chef but it's the one that started the makeover of Bravo into purely reality crap TV. So I hate it most of all.

But Inside the Actor's Studio has really taken a turn for the worse.  It used to be something I looked forward to on Sunday nights.  Enlightened and intelligent conversation with some of the best actors and filmmakers working today.

Check out some of the guests they had on during the first two seasons from 1994-1995:
Sure, they had the occasional WTF pick.  Mary Stuart Masterson?  Really?  I mean, I love Some Kind of Wonderful more than just about anyone, but c'mon!

So I was dismayed to find that not only is the show still being made, but they are really diving deep to scrape the bottom of the barrel.  This past Sunday, as part of the show's 15th season, James Lipton sat down and interviewed Jon Bon Jovi.

On Inside the Actor's Studio!  Oh, and it wasn't only him.  They had the rest of the guys from the band there as well.  What could these guys possibly contribute to the discussion of the craft of acting in front of a group of students from the New School?  Fucking ridiculous.

Oh, and he they haven't been the only lame guests on the show over the past couple of seasons.  No siree bob!
You know, a few years back I heard a story about this show.  It was right after the film Troy came out and the producers wanted to have Brad Pitt on with Lipton as it would have been a ratings win.  When they contacted him he turned it down saying that he hadn't achieved enough in film yet to deserve the honor of being on the show in front of those students.  But he suggested that they ask Peter O'Toole if they really wanted someone from that movie, since no one would question all that he had accomplished in the industry.

The producers passed on O'Toole.  Guess he wasn't going to be a ratings draw even though it would have been a highly entertaining interview.

Passing on Lawrence of Fucking Arabia!  And that was one of eight of his roles that were nominated for Academy Awards.  But nah...he probably wouldn't have much insight into the business.  Nah!

The disease that has infected the Bravo Network has spread to some of it's formerly brilliant original programming.  Feh.

Note: Remember to play the Bug-Eyed Trivia Challenge every day. Go ahead, Lipton...jump that shark!.
Pissed in the corner by Verdant Earl at 12:01 AM

Why do you say that about Charlie Sheen. Isn't he a good actor, or am I confusing him with his Dad?

we were just talking about the actor's studio! like you, i've pretty much given up on bravo, but i'll look for the show again! thanks for the reminder, sugar. xoxoxo

(i can't even bring my self to mention you-know-who!) *shuddering*

MikeB - Even when Charlie Sheen was making good movies (Platoon, Wall Street, etc...), he was never very good in them. His father Martin, however, is a great actor.

Savannah - Looking at the "talent" they've had recently, I wouldn't bother with the show.

You make a great point. Bon Jovi sucks! And why have them on that show?

Your man on the right up there, Billy-joe-jim-bob-bon-jovial, or whatever his name is, would last about 10 minutes in Glasgow with those 'laughable' rock star looks.

They would fucking eat him alive.

Up here, men are men... not prissy looking gobshites with pouty lips.

Did I see the name Charlie Sheen? Now him... I like.

tim allen makes me all warm and tingly in the pants. do not ever mock him again. do you understand me?

so, where were we? fuck, i don't know. i'm still so upset you are not a fan of my boyfriend. not even kidding you, he is number one on my top five famous dudes i wanna bang.

Zibbs - the bottom of the barrel.

Jimmy - I guess Sheen is likable, not much of an "Ac-Tor" though.

Becky - Well if I lost any cool points for making fun of Tim Allen then we are even since you lost some for wanting to bang him. It's okay though. You are so fucking far ahead of most women for cool points that if you lose a couple it won't affect your standings. You are still the coolest. ;)

Ha, you dug up the *most* embarrassing photo possible of JBJ. Awesome. And, yes, anyone who passes up on Lawrence of Arabia is a total douche.

Faiqa - Actually I passed on the first two embarrassing photos of JBJ that I saw. They were both mostly nekkid photos and no one needs to see that here. ;)

What a bunch of dumbfucks.....they passed up Peter O'Toole. He would be the most entertaining actors to watch...he holds nothing back and basically speaks what is on his mind, without being politically correct.

My favorate television channel these days is the DVD isle at Target where they keep all the box sets of television shows....I can watch a whole season in HD with not commerical interuption.