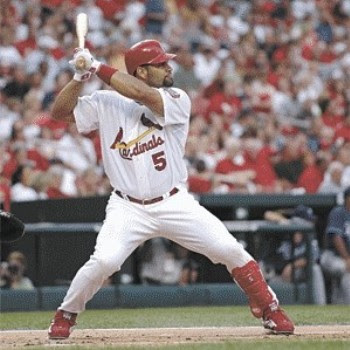 So I've been contemplating running a fantasy baseball league for this little corner of the blogosphere.

Here's the deal:
So if you are interested, please drop me a line via email.  Yeah, I'm closing comments on this one if only because I only want serious inquiries.  My email address is on my profile page, so that adds another layer of seriousness to the whole deal.  If you have the patience to go find it and then actually send the email, well then I guess you mean business.

And by business, I mean baseball.

If I get 10 (or more) folks into it, then it will be on like Donkey Kong.  I'll follow up with the true believers by email.

If you aren't sure, but you would like to know more please send me an email as well.