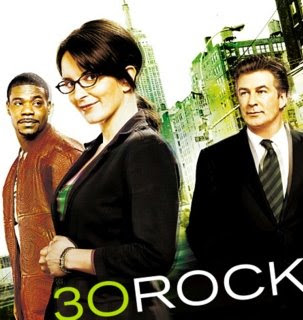 So, those cats at NBC know that FOX is totally gonna steal this idea for next November's sweeps, right? Sounds like it is right up their alley.

Here are a few other shows that FOX currently has in development:
I would watch one or two of those shows. Slyde would probably watch all of them.
Pissed in the corner by Verdant Earl at 9:13 AM

Or at least TiVo them for when the writer's go on strike again.

I would produce (and watch) any of those shows. Seriously, I would.

Yes, I like the ones in which Darwin is the only winner. Those should be the only reality shows - no more survival of the dumbest.

I think there should be a contest to see which overweight gay midget can dance the best because I'm SO pc.

What about something with broader appeal, like Inbreeding Island? See how families really get on.

Or how about Fist Idol? I think the name says it all.

Slyde - you and the MILFs. Quite the combo.

G-boobs - Good to see that you have standards. ;)

badger - Ooooh, I like inbreeding island, and Fist Idol could have a definite appeal to, um, some folks.

I'm so anti-reality TV, but I loved that episode of 30 Rock.

Avi - I'm 90% anti-reality TV, but I do love me some Survivor and The Amazing Race. That's it though. The rest can go the way of the dodo.

Well, I actually like Top Chef, because there's no drama and actual skill, but that's it.

These are the only shows that could get me to watch television again....seriously. Unless some network picks them up...I will just be stuck with my LaserDisc collection.

It is 'LaserDisc' (with a "c" at the end)....otherwise folks will think you are uninformed (just watching your back here). I started collecting these ions ago and just never stopped. Their primary allure is that they are big M-F and there are titles you can get on LaserDisc that have never and probably will never be issued on DVD. They also don't wear out like Video Tape, so they keep my collection of Playboy Playmate Centerfold videos pristine for all time.....hehehehe.

Lotus - The last film I watched on LaserDisc (thanks!) was "Caligula", believe it or not. ;)

ok the only one i would watch?

so you think you can be president. ha.

charles darwin was a born winner.