If I Were a Talk Show Host

I'd have shitty ratings.

But that's besides the point. So, I don't know if this is an existing meme or not. No one tagged me for it, but I'm gonna get it going right here anyway.

If you were a late-night talk show host, name three guests you would like to interview and one musical guest to perform. To make it a bit more fun, try to come up with guests that are a bit off the beaten path. Maybe someone you've never seen on a late night talk show before. You'll see what I mean. They don't all have to be from the world of entertainment, but mine are.

Guest #1: Stephen Tobolowsky (actor) - You've definitely seen this guy in films and TV shows. He often plays a geek, a nerd or a professor of some sort. But I get the feeling that this is a hip, hip dude. He is a native of the great state of Texas and he went to high school (where he was the Debate Team Champ) with one Stevie Ray Vaughn. In fact, he was the lead singer in the first band that Stevie was ever in! How fucking cool is that? He's also good friends with David Byrne of The Talking Heads and he co-wrote the film True Stories with him. I think this guy has layers.

Guest #2: Danny Trejo (actor) - This dude has the map of Hell written all over his face, and he has barely aged a day in the 25 years or so that he has been acting. A former drug addict and criminal, he turned his life around and is now one of the most recognizable character actors in the game today. My favorite story of his was when he was hired to be the boxing coach for $350 a day for the Jon Voight film Runaway Train in 1985. He was told the actors might hit back. He replied "For $350 a day, give him a bat. I used to get beat up for free." Another dude with layers. 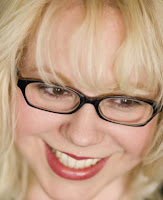 Guest #3: Kristen Vangsness (actor) - I've blogged about her before, I believe. Because I have a bit of a mini-crush on her. Heard rumors that she is gay, that she is dating that big guy from her show...who cares. I've got a thing for funny women in glasses with beautiful smiles. Just ask Gia. And I love her show, Criminal Minds. I love how she is the geeky brain center of it all. Geeks fucking rule! Some might dismiss her because she is a bit of a big girl, but I love all woman. Every size, every color, every whatever. Who cares. As long as they have the proper equipment and the right attitude...I'm in. And this woman fits those requirements. So I'm sure it wouldn't be creepy for her at all to be sitting across the interview desk from me on a late night talk show. Not at all. I might even wear pants. But I'm not going to promise anything. ;)

Musical Guest: The Pretenders. OK...cheating a bit here. Over the years, Chrissie Hynde and The Pretenders have played on late night talk shows many, many times. But they are just kicking off their first World Tour since 2003 with the release of a kickin' new album so all bets are off. Plus, Hynde was my very first crush ever. And it's all about me, okay?

Since this isn't an official meme, I'm tagging no one. But if you are so inclined to do one yourself then by all means please do so. Who would you want to interview?

Heff and I have discussed Danny Trejo before at great length. He must be in like 10 movies a year, LOL. "Hey, we need a tough looking hispanic, call Danny Trejo."

Great interview people b,e,!! I would certainly tune in to your late night talk show if i stayed up that late!! I could probably watch it if you were on at the 11.30 timeslot. Any later might pose a problem and i would have to set my DVR an then not get it watch it live!!
See my problem??

Gotta check out the new Pretenders!!!

Have a great Thursday working in bed!!!

i love your picks. and your explanations. if i were a talk show host, i'd use it for ass. only bringing on folks i wanted to nail.

can women "nail" or do we get nailed? regardless, i don't wanna steal your meme. : )

you CAN"T be a talk show host.... you're afraid to let people see what you look like...

Stephen Colbert - Out of character (if he would do it)

Jupiter Sunrise - If the old band would get back together. They were the best musicians, the current band only is the lead singer. If not JS then I would go with Ludo.

Wil - someone who is good with knives! ;)

Michelle - actually out the door at 6:15AM this morning. For a change.

Becky - who am I kidding? I would use it for ass too.

Slyde - I'm private. There is a difference between that and being afraid to show people what I look like. Everybody has 3 eyes like me, right?

Jenn - ok, you're not invited to my talk show.

Ookami - I'm a big ND guy, but Lou Holtz makes my ears hurt. He is such a mush mouth, he drives me nuts!

Heff - I wouldn't doubt it.

You need to ask your first guest to say, "Watch out. The first step's a doooozy."

I first noticed Danny Trejo in "Bound By Honor" (That was my "Guys from the Barrio are totally hot" days). He's awesome... and I would go so far to say that he's one of the greatest character actors I've ever seen. Yeah. I would.

Ya, so I'd interview Tommy Brady. And my musical guest would be Aeorsmith. That way I wouldn't wear pants under the desk either ;)

I stole your meme to choose the Freak of the Week. Thanks.

Did Pretenders tix go on sale yet?

Faiqa - haven't seen that one, but he is awesome in everything.

Uncool - yeah. Only one gig in NYC (Roseland Ball Room) on 1/30. And they are playing in Boston at the Orpheum on 2/4. Both on sale. Tix for NYC still available...dunno about Boston.

Uncool - and 1/29 at The Palace in Albany if that is closer to you.

Guest 1 - would be Kenneth Pinyan, he's dead however so maybe James michael Tait?

Kiki - you just wanted me to Google that Pinyan character, didn't you? Nice!

Once again, you prove that you are the encycopedia of Charactor Actors.

Mr Hands is very worth knowing about