I just watched Tropic Thunder last night for the first time. Eh. I thought it was a bit overrated. Maybe because I had seen many of the truly funny parts before on the Internet in bits and pieces. I thought it was perfectly acceptable, but far from genius is what I'm saying.

Except for Robert Downey Jr. That man is a freakin' maniac!

Whereas Tom Cruise was instantly recognizable (no matter what anyone says...he didn't even bother to change his voice, people!), Downey Jr. virtually disappeared into his role as Kirk Lazarus playing the black Sgt. Osiris. Brilliant.

And I really didn't mind Jack Black in this even though his schtick is beginning to wear a little thin with me. Jay Baruchel was tip-top as usual. I don't know who that Alpa Chino dude was, but he annoyed the crap outta me.

Okay...so most of you have seen the "full retard" bit from the film. If not, you can see it here. It got me to thinking about one of my favorite made-for-TV films from the 70's. A film where the starring actors weren't afraid to go full retard. It's called Like Normal People and it starred Linda Purl and Shaun Cassidy as a full retard couple looking to have a life and children together.

Whether it's the memory of Linda Purl calling Cassidy's character named Roger, "Rahjah" over and over again or it's the first meeting between the two in which Rahjah told her she had a nice Bugs Bunny doll or something ("Naw...it's MRS. BUGS. BUNNAAY")...this film makes me smile.

Anyone else remember this full retard classic? 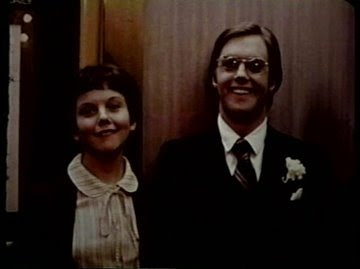 I loved Tropic Thunder - I thought it was one of the sharpest satires of the film industry that has been done since maybe State and Main.

I love Robert Downey, Jr. I love him so much, I may actually be having *his* baby.

oh my fuck, i DO remember that shaun cassidy "movie" - it is vague, but it is a memory! wow, your brain is good to really remember that.

Avitable - I wanted to love it. I just didn't.

I completely loved it - in fact, I think it's my movie of the year alongside Dark Knight and Gone Baby Gone.

And I saw it on a plane.

Becky - I've often said that the portion of the brain that most people use to lead a full and productive life is filled up with crap like this movie in my own brain.

badger - I liked it...maybe I am a victim of the hype machine. And Tom Cruise just killed things for me. Not. Funny.

YES b.e. finally a movie i remember!!! Sort of!! Kind of!!! As i type this i am seeing Shaun Cassidy's full retard face staring at me and i am getting frightened.

Ok better i minimized it....

Anyway i did love Tropic Thunder....RDJ just rocks in anything he does....TC UGH!! He frightened me. I fear perhaps that is what he is going to look like in 10 years.

i think that this site went Full Retard years ago...

I've never heard of that movie.

But did you ever see The Other Sister? The plot sounds similar, and it was awesome. Not afraid to be funny, touching, all that shit you want in a good movie.

I don't remember Like Normal People but I did like it when Benny and Joon got their tard on.

I have Tropic Thunder on dvd, but have yet to watch it. I've heard R.D. Jr was incredible. I'll hae to get off my ass & watch it.

HAHAHAHAHAAAAAA!!! Earl you crack me up!! OMG-yes! I saw both of the cinematic gems you speak of here.
I'm laughing because I haven't thought of the Sean Cassidy movie until this moment.
Brilliant shit Earl-really! I love how you dug that one up!

Loved Tropic Thunder-I agree that Robert Downey Jr. was brilliant but I think that Tom Cruise really stole the show. It was awesome to see him outside the box. (and a nice suprise, considering I had no idea he was in the movie)
Thunder was stupid-yes- but save for Cruise, Downey and the scene where they sit around the fire and Jack Black is jonesing for a fix, I have to say I laughed enough for my price of admission.

I love that movie but a better one is "Welcome Home Jellybean". I believe it was an afterschool special. Love that movie. And only one other person has it as theur favorite movies in their Google profile. Tell me THAT'S not special.

I have Tropic Thunder from Netflix sitting next to the tv. Will watch it this weekend. From all of the buzz, I've heard so many good things about it.

I Love Ben Stiller!! I'll have to watch this one.

Now where did I just put my Bud Light???

Michelle - Tom Cruise will always be small and in great shape. Right up until the day he meets his Xenu.

Expat - see what happens when you go and get married?

Slyde - always does when you are around.

Britt - very similar to The Other Sister. Just up the "Holy shit!" factor because it's Shaun Cassidy. Crap! You are probably too young to even remember Shaun Cassidy.

Paige - I am ass at the trivia this month so far. Usually pretty good at it.

Evyl - Aw, yeah...little Joon bug. I dunno though. Not sure they were full retard. I'll have to re-watch.

Heff - RDJ makes the whole thing worth it.

Zibbs - Ah, Jellybean! Dana Hill played her, right? I remember that one. Hey! Did you know she died back in the 90's? Weird.

Marty - Thanks! That's a weekend of my life I will never get back.

If you go full retard, you have to go Oscar calibur actor to make it respectable.....think Hoffman in Rainman or Hanks in Forest Gump. When you have a second rate actor doing retard, it is considered and insult. Just the way society thinks.

Bruce - you have to watch the movie or the clip, because then you would see that Hoffman and Hanks went retard...just not "full retard". RDJ explains it better than I can.

Way to put a smile on my face tonight, Earl. Thank you.

1) Reminding me that RDJ is both brilliant and hot!
2) Reminding me of the full retard speech. I chuckled out loud just remembering it.

My favorite movie retards are from "The Other Sister".

OMG - I loved that movie. My sister and I would do those voices all the time to each other. The whole, "No, it's Missus Bugs Bunnnnay," and all that. There was also one thing I remember Linda Purl's character saying I think, "Some beeg boy pushed me in the wattah andIalmostdrowned." She just ran together the last few words so it sounded funny. Thanks for the memories and I'm so glad certain lines impressed you as much as they impressed me. I had forgotten who had even starred in it but not those lines! LOL.

i do remember this made-for-tv-movie! although i didn't until i read this post.... i seem to remember that they made them prove they would be able to take care of a baby.

We used to love singing 'home, home at the home, where Rahjah and Vahginia got married...' Great 'tards alive, I haven't thought of that in a long time.

Tropic Thunder was overrated to the point that I gave it to the halfway mark and just gave up. I wasn't in it so how exciting could it be?

4Leaf - you deserve a smile.

Friyet - yeah, they were definitely trying to have kids. yum...retard sex.

This video on YouTube will give you a taste: