For as long as I've been blogging, I've been posting about my hatred of the Golden Globes. This is my fourth annual posting of my original rant from Slyde's blog. I will not rest until everyone knows what a sham this event is. So enjoy! Or don't. - Earl 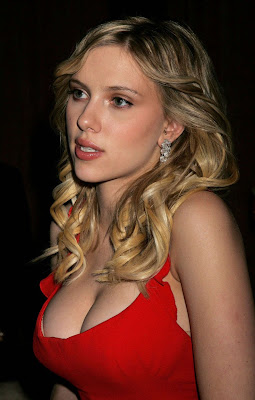 The HFPA is a non-profit organization of somewhere around 90 international journalists based in Hollywood whose purpose is to disseminate information about film and television to a world-wide audience. 90 JOURNALISTS! Are you kidding me? These 90 men and women are the only voices and votes for an award as seemingly important as the Golden Globes? Now don't get me wrong. The HFPA does some fine work. In 2005 they donated $1 million to various arts and cultural programs around the world in an effort to further the advance of the film and television. They also donated $250 thousand to the Red Cross. That's very nice.

Where do they get the funding for their charitable work, as well as the funding needed to run the non-profit organization, you may ask. Well, they receive a sizable licensing fee from the networks to run their annual event...the Golden Globe Awards. They also receive licensing fees from various cable networks for allowing them to report from the red carpet. Hm-mm. So let me get this straight. The HFPA (all 90 of them) collect licensing fees from an award show that they run in an effort to award excellence in a field that is already swimming with too many awards. And they give out those awards in the award show that they sponsor, which in turn provides them with the revenue that they need to keep handing out awards the following year? Holy self-sustaining strokefest, Batman! And I thought I used to get confused with The Terminator and all it's time-line questions. Wait...how was John Connor born if he needed to send his own father back in time to be with his mother in the first place, and, and...system failure!

This is bogus, my friends. It's just another session of mutual masturbation that the media machine that is Hollywood has fashioned out of thin air. It made me sick to read about this, and if I ever see another weepy, blathering idiot of a winner (like Felicity Huffman this year) crying about how this is the greatest night of their lives I may actually vomit on my television screen. "You really, really like me...all 90 of you! You really, really like me!" Actually, it's possible that only 25 of the members liked you, honey. Or whatever number of voters that is needed to beat out whomever came in second place. What a piece of crap award this is!

Once again, I applaud the charitable work that the HFPA does. But they could easily raise that much and more by just asking all the nominees for a little some-some in an effort to elevate their public relations profile. You telling me that Harrison Ford can't come up with a good chunk of the million donated last year all by himself? And let us not kid ourselves. Most of the money isn't going to help poverty and starvation in Africa, or to help relief efforts in India. No, most of the money is handed out in the form of financial grants to cultural institutions to help further their own causes. There is some good stuff in there, but most of it isn't of the do-or-die type of relief.

Oh, and if you were wondering why we placed a picture of the stunning Scarlett Johansson (decked out in stunning scarlet, thank you very much) at the top of this article, it wasn't so that we could make some blatantly obvious double entendre about the Golden Globes and her outfit. I just think she's got some nice hoo-has.

That's interesting. And so Hollywood.

I hadn't read your earlier posts about the Golden Globe Awards. Thanks for the info which I didn't know. I agree it's a total sham and typical.

I loved Scarlett in Match Point.

I watched them last night, and I thought it was funny. You have the people who have won before and know that a Golden Globe is pretty useless, and their excitement is marginal. Then you have the people who have never won any awards, and they're hoping that the Globe might predict that they're going to win an Oscar, so they're over the top excited. It was painful to watch.

Kiki - she has some nice yabos, that's for sure.

Avitable - I just tuned it for a couple of minutes and I saw that Heath Ledger won for The Dark Knight. That's funny that you noticed the difference between those who have been there before and those who still think it is a real award. Not something that less than 100 people decide.

SJ does nothing for me.

i think she has a great body, but i dont find her good-looking and i think shes a shitty actress...

Johansson DOES have some Golden Globes !

I watched the krap-fest as well, basically laughing, or poking fun at the WHOLE event.

It's just complete bullshit in my opinion. And how many times was cocaine usage mentioned while an actor was accepting their award? Jesus, people - this shit is on Network Television for Christ sakes.

I thought that is how all of Hollywood worked -a chosen few make decisions for the rest of us. Then it sucks, they lose money, and then blame it on 'pirating'. Yahtzee!

At least the Golden Globe people donate some money to good casues.

Slyde - what's the matter? You don't like her feet?

Heff - did they really do that? What a shit show.

Ookami - I think the voting on the Academy Awards is more thorough than just 90 people.

Very informative... I watched five minutes of it. It was boring. Aren't the Oscars similar in that it's a very small group of people who decide? And I heard that there's no way to verify that they actually screen the movies in their entirety?

Faiqa - I think it is a small group of people who decide who is nominated, but the voting itself is done by over 6,000 people. I just looked it up.

I sort of lost interest in the golden globes when I realized that they were not about showcasing who had he best cleavage in Hollywood....I mean seriously.....who can take this show seriously....the stars just show up for the free meal and that fact that their agents order them to.

Again, I watch because I want to see what they are wearing. I walked away from last night with a genuine curiosity about Mickey Rourke and "The Wrestler".

I didn't know any of that stuff about the Hollywood Foreign press! Interesting Hollwood turn of events...

Watch the awards last night. I did not know that about the foreign press. Great information you just provided. Now it explains why Clint Eastwood didn't get shit from the best movie of the year "Gran Torino?"

So, yes while a concur with you about the whole voting thing with the HFP, still i like watching. I am one of those suckers who are so star crazy that i drool over it all.

I know b.e. sad right??? Could be worse though, i could start stalking my favorite actor and get arrested, go on trial and found guilty i could spend the rest of my life in jail!!!!

Bruce - it SHOULD be about cleavage!

Candy - so it should be a fashion show, right?

Jenn - looking forward to old man Clint in that film.

Uncool - hope you have a drool guard on your keyboard.

Michelle - well, when you put it that way...

well, i feel much better for not even bothering. thanks!

You should never have to apologize for gratuitous cleavage.

I didn't know all of that about the Golden Globes, thanks for the info. It's become stunningly clear over the time that I've been watching the awards that there is unbelievable groupthink when they vote. But they did give Slumdog Millionaire Best Picture and awards for everything else that it was nominated for, so I'm happy with that.

And Damn! Scarlett! Is this from the year that Mizrahi felt her up?

Evyl - Oh, I wasn't apologizing. Just explaining is all.

Those are some nice hoo-ha's on Scarlet.

The one thing the Golden Globes do have going for them, at least when you compare it to the Oscars and other awards shows... they give them alcohol and get them all tanked up before they come up to the stage. That does provide *some* entertainment for the night.