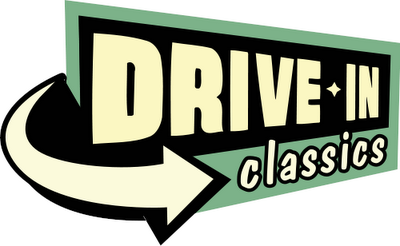 One of my favorite gadgets is our Roku player. A digital wireless streaming device that you can hook up to your television. We purchased it primarily to view the Instant Streaming titles offered from Netflix, but they have been expanding their Channel Store recently with content like MLB.TV (yes, please!). It's really great. We can watch any game playing at any time with either the home town or away feeds. Brilliant!

One of the more interesting channels offered is Drive_In Classics.  It's a specialty digital cable channel out of Canada (!) that offers a variety of B-movies and classic horror flicks.  Right up my alley.  And for only a one-time charge of $1.99.  Even sweeter!  The channel states that it shows new movies every month, but the lineup hasn't changed at all since I've been a subscriber.

But the $1.99 was worth it for The Legend of Boggy Creek alone.  What is that, you might ask?  Well, it's kinda the reason for the Bigfoot craze that happened here in the States in the 1970's and it's one of the most profitable independent films ever released.  Even though it was initially released in 1972, it played in crappy cinemas through the mid-70's on Saturday afternoons and at drive-ins as part of Creature Feature double dips.  Loads of fun.  I actually remember seeing it in the theater when I was just a wee asshole.  Couldn't have been older than 7 or 8.

Which is a little fucked up, because looking back on it that was probably pretty scary stuff to a little kid!  A docu-drama that followed the sightings of the "Foulke Monster" in Foulke, Arkansas that was the very first big-screen appearance of a Bigfoot-type monster.  I remember being frightened of Bigfoot when I was a kid, and it was probably this movie that did that to me.  In fact, I know it was.

The copy that I recently watched is horrendous.  It's like someone copied it onto VHS (or Beta) back in the 70's and just recently transferred it to digital.  After it had been in a hot and steamy attic for 25 years.  Not that the original film was much to look at.  They never actually showed the creature.  Lots of leaves moving around in the night, growling and maybe a dude in a gorilla outfit behind a copse of trees.

But whatever it lacked in production value, it made up in eerie atmosphere.  I think that I really believed that Bigfoot creatures were roaming around the backwoods swamps of the South when I was a kid.  And that was all from this flick.

So I'm gonna peruse the Drive-In Channel for the next few months.  Re-living the awful wonderful films of my childhood.  For $1.99, why not?

Can any fillum ever be as bad as the cult hit 'The Blob'?

What a complete waste of a shilling.

pretty sure my parents fucked me up when i was a kid by taking me to see this one too.

isnt this the one where, at one point, they have a reenactment of a bunch of hunters in a cabin claiming that their cabin was assaulted by a group of big-foot?

scared the shit outta me.

Jimmy - Sure it was bad, but that was the charm of it.

Slyde - Yup...that's exactly the one. Only one creature though.

Ain't nothing wrong with going retro once in awhile !

Hmm - I'd watch it if it was on while perusing channels, but I';m not sure I'd go out of my way to see it. Sounds funny, actually.

Can I be the guy hiding in the trunk this time?

RW - But there is already a midget and a killer clown in there. You'll have to work it out with them.

Since I can never get enough bizarre video to watch, I continue to download English documentaries was well as other obscure media from Internet Newgroups.

My most recent finds are a bunch of old silent films from the 20 and 30s, prior to the intrduction of sound. This is trippy stuff....since they are WAY over the top with no special effects. If they needed the tower of Babylon...they built the sucker.

Currently watching Cecile B. DeMilles King of Kings.....a strange slant on the story of Christ.

Blimey, until today I'd never even heard of a Roku player. And I thought I was quite in tune with my inner gadget freak. Guess not.

The Drive-In Classics sounds awesome by the way.

Bruce - Isn't it incredible the sets that Hollywood used to build. My favorite was the temple that Sampson tore down in another DeMilles classic.

Kevin - There are so many gadgets that now stream Netflix to your TV and most of them do other things, so I don't know what the future holds for Roku.