Note: Most of the information gathered in these regional beer profiles has been gleaned from the the wonderful users over at BeerAdvocate. Their reviews are a must for any serious brew-hound. Also, I decided to exclude brewpubs from these profiles and just stick with actual craft breweries. Generally a brewpub makes beer that is only sold in it's own establishment. I wanted to stay with breweries whose product you could actually find at your local store/distributor/bar. Hopefully. And I'm only going to highlight 2 or 3 per region. Also, feel free to nit-pick. I dig beer and all, but I'm certainly not the absolute last word on it. - Earl
This has been a lot of fun, and informative for me as well. I am finding a bunch of beers that I would like to try myself, and I am giving the list to Gia to see if she can get a hold of them thru work. Here goes part III:

Jennifer - "I'm from Minnesota. Beer me, Earl!"
When I first saw Jennifer's beer profile request I thought "Blech...Leinenkugel! I hate that stuff." Then I thought "Hmm...Arcadia. I love that stuff!" Then I realized that Leinenkugel is from Wisconsin and Arcadia is from Michigan. I'm afraid my East-Coast bias is rearing it's ugly head once again in these profiles. Sigh. So it was off to BeerAdvocate for me to see if I recognized anything at all from Minnesota. 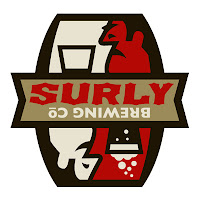 Nope. Nada. Zilch. Nothing out of the 11 breweries and 15 brewpubs in the state. But I did find the worst reviewed brewery I have ever seen, and another that was pretty close. Both in Cold Springs. Wow. Anyway, I have decided that I am going to pick a couple of them based solely on my interest in their beers. And based solely on that, I would love to try a bunch of the beers from Surly Brewing Company in Brooklyn Center. Check out the names of THESE beers. CynicAle, Hell, Furious and Tea-Bagged Furious. Awesome! And they come in cans, which I love. Double the awesome! I can't really tell you exactly what kind of beers they are because they brew them specifically so that they can be easily categorized into one style. As their head brewer says ""Surly Brewing Company's beers are NOT brewed to fit into ANY beer style guidelines. So please spread the word!" So I'm doing it. It looks like they are only available in Chicago outside of Minnesota. Pity. I would love to give them a try.

Lift Bridge Brewery in Stillwater is probably the newest brewery in Minnesota. They only have 6 beers or so in their stable, but they all sound interesting and their website is simple and informative. One beer that they brew, in particular, tickles my fancy. It's called Biscotti and it is a Belgian-style ale inspired by the biscotti recipe of one of the brewer's grandmother. Grains of Paradise, Vanilla and anise notes are present in addition to the traditional hops, oats, honey, malt Belgian yeast. Sounds sooo tasty. Since it is so new, I would assume that it is only available local, but you never know. Check it out.

Candy - "I'm from Boston. Beer me, Earl!"
What can I say about Boston? No seriously, what can I say about Boston that doesn't end with "sucks!"? Just kidding, Candy. I love Boston. Hate it's teams, but I love the city. It's so small and cute, it could fit into NYC's back pocket. There are 18 breweries in Massachusetts with 2 of them in the Boston. One of them, of course is the Boston Beer Company (Samual Adams). But they certainly don't need little ole me to huck their wares. They do very well on their own, thank you very much.

But Harpoon Brewery also makes some fantastic brew coming out of Boston. Their UFO Hefeweizen, along with the rest of their UFO line, was probably among the first American un-filtered pale wheat ales that I ever tried. And it always delivers. Nothing that will blow your mind, but some real solid beer. I also really dig their version of the Winter Warmer. Nothing better on a cold winter night than a tasty Winter Warmer. And the beer is pretty good too! ;)

I'm going to head out of Boston for the next brewery. Cape Ann Brewing Company is located in Gloucester, which is famous for it's fishermen. Fitting then that their flagship beer is called Fisherman's Brew. It's a great, drinkable beer that goes down really smoothly. This past October I wrote about Fisherman's Pumpkin Stout, the only pumpkin beer that I have ever had in stout form. It was easily one of my favorite pumpkins last year. A sweet change of pace. They also make a delicious kölsch-style beer called Fisherman's Ale. A kölsch is a German-style ale, much dryer and lighter than many of their European counterparts. I've tried a bunch of their beers as it is one of the brewers that Gia represents. But I can honestly say that I have truly enjoyed ever single one of them. Hmm...I wonder if there are any in the fridge right now?

Sybil Law - "I'm from Ohio. Beer me, Earl!"
Ohio, surprisingly (at least for me), has a real decent craft beer scene going on. 16 breweries and 26 brewpubs in the state. That's pretty damned good. And let me tell you, they are some of the highest rated breweries I have seen on BeerAdvocate. I think I figured out where my next vacation is gonna be.

It was just prior to tackling this project that I first came across the Great Lakes Brewing Company in Cleveland. It made a ridiculously strong showing in 2008's rounds of craft beer festivals. Just about everywhere you looked, Great Lakes Brewing was taking home another award. The Burning River Pale Ale, Edumund Fitzgerald Porter and the Eliot Ness Vienna-style lager all earn excellent marks. As do most of their beers, frankly. I just can't see how you could go wrong here. I'm itching to get my grubby paws on some of this stuff in the worst way. Went to the local distributor this weekend to grab me some, but they are waiting for their next order. I'm there when it comes in. With a bottle opener in one hand and a cold glass in the other. It's rare to see a brewery earn this much high praise. Must be wonderful. Can't wait!

The Buckeye Brewing Company in Lakewood is another local brewery that has some fantastic reviews. The Hippie IPA seems to be their flagship brew, and it is always a good idea to go with an IPA in my opinion. Their beer bar in Lakewood, The Buckeye Beer Engine, is dedicated to craft beers and good times. They serve a wide range of craft beers from around the world in addition to their own very fine selection. They also seem to host a great deal of beer tasting events featuring other breweries. Way to spread the cheer, guys!

Earlise!
I am WAY so impressed! You beer reviews are a work of excellence. Kudos!

I have never heard of the Cape Ann Brewery and I am lickety split going to grab some for my dad who enjoys a nice ale.

Thanks man. That was very interesting!! I linked back to you today over at our place!

Heff - tomorrow you get Alabama. gulp!

Candy - I really like their product. Nothing too fancy, just good beer.

Jenn - Happy drinking, even though I know you really just like Bud Light. ;)

I am so impressed by your dedication to informing the masses!
And if you do ever visit Ohio, please let me know so I can drink with you!
Well done, sir. Well done.
:)

you left out the Beer Works in the Boston Area (Lowell, Salem, Canal St. Fenway) their Blueberry Ale is AWESOME!!

Seriously, you should go there and try it!

Sybil - why thank you!

Cissa - I'm sure I left out a lot of good beer. That's the beauty of a great beer town like Boston! I was, however, trying to stay away from brewpubs whenever possible because they often don't export their beer. Beer Works gets pretty good reviews, though. Thanks for including it!