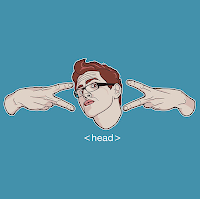 So I noticed that my Geek Permit* was about to expire a while back. I went online to re-register and I was denied because I haven't watched Battlestar Galactica yet.  Apparently it's is now a mandatory viewing if you want to keep your Geek credentials.

I put it on my Netflix queue.  Well, the first season anyway.  But I wasn't happy about it even though I was desperate to retain my status as a Geek elder.  I hate being told what to do.

Then this past Friday the first disk showed up in the mailbox.  It was the original mini-series which is included as a part of the first season on DVD.

You know what?  It was pretty damned excellent!


I just wish some of the rest of you Geeks would have mentioned how fantastic it was earlier. I had no clue.

*includes a free membership to LIBO

It's the only series I have watched all of in.... years and years, actually. I didn't even watch series three of League Of Gentlemen, and I loved that!

I wish I had time to watch dvd's. I can barely keep up with the couple hours a week i TIVO. I'm always a week behind. I can't believe they're giving you free membership. Last time they contacted me they said they would pay me to join.

And you really are a geek!!!

badger - I'm only on season 2 of the League of Gentlemen so far. Very funny.

2abes - I knew there would only be a handful here who would get the LIBO joke.

Michelle - born and bred. Proud of it.

About time you got around to it.

Adam - I watched the first 4 episodes last night. And you know what? I saw the first two episodes when they originally aired and I forgot about them. I wonder why I stopped watching it when it was on.

I still haven't watched Battlestar, I guess I should, I do like that kind of stuff...

I need to watch that.

Does it mean that I'm behind the time if I would like to avoid having a geek card? I still like to think I'm one of the cool kids.

Unless... we're at the stage where the new cool is geek. Then, I should try for geek.

Thank you SO much for spinning me into crisis mode today. It's just what I needed.

Ookami - that's how I felt about it.

Faiqa - You are so very welcome. And if you have to think about whether or not being a geek is the new cool, then you are already a member. Welcome!

A) You're a dick
B) I've been telling you that BSG rocked for 2 years now
C) You arent anywhere NEAR cool enough to join LIBO. We only accept the best of the best.
D) See A.

My wife likes it more than me but it's growing on me. I like this season more than the previous.

Holy fuck, I love that image. Is that a shirt?!

Seals - Since I'm barely started, I can't comment yet. But I am enjoying Season 1 so far. And hey...nice to see you around once again.

Poppy - I think it was. Google "geek gang signs" and I think it pops up in the Images section. It's on fashionablygeek.com, I believe.

i loves me some BSG but i've never watched the first go round, just the remake.

so much, in fact, that i've refused to watch the last 2 episodes of season 4 until season 4.5 comes out so i won't have to deal with the stupid cliff hangers.