There's a major motion picture being shot right next door to our house for the next couple of days. A film called Something Borrowed starring Kate Hudson and John Krasinski. They were shooting a scene on the bridge across the harbor that is right next door. I took a bunch of pictures of the film crew (below), but I never caught a glimpse of either star. Got a little bored with it, honestly, after a little while.

Later tonight and tomorrow they are shooting scenes in a restaurant on the other side of the water. The main road in the area will be shut down both nights, but since we weren't planning on going anywhere anyway we really could give two shits.  Or is it couldn't give two shits?  Hmm.

Anyway, here are some lame pictures taken from our backyard of a bunch of people we don't know who are making a movie. Enjoy! 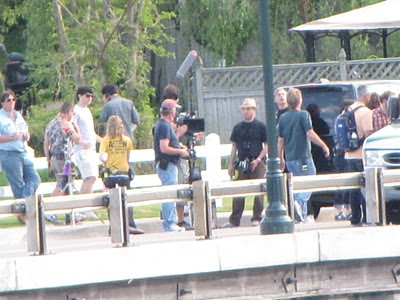 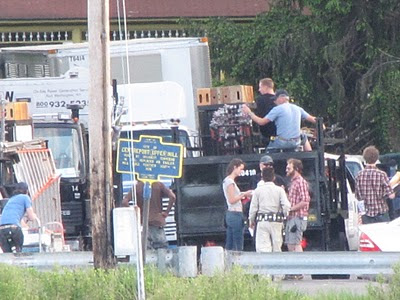 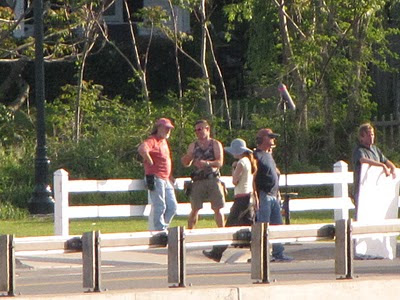 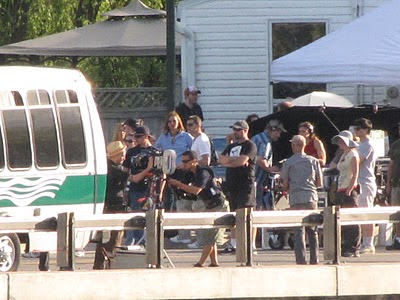 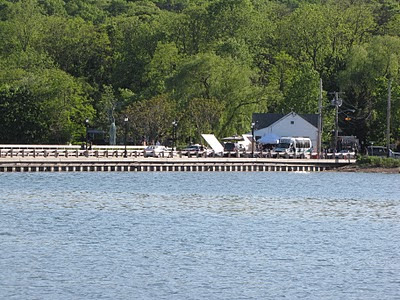 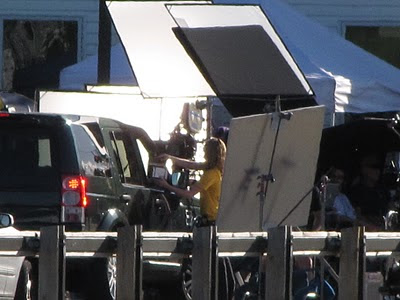 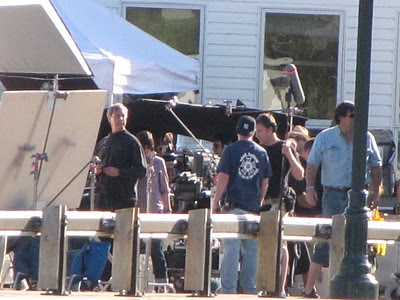 I bet it's a romantic comedy. That i won't see.

Holly - It's absolutely a rom-com. Two shits and a rat's ass are apparently the same thing. Nice!

Hey, I think I recognize legendary key grip Chip"The Gripper" Wadanski in those pictures!! He does some great work!

lol! 2 thumbs up for paticus' comment which made me laugh...

According to one of the gossip sights that is one of my guilty pleasures....this film is being produced by Hillary Swank, who also has a role in the film.

There for a moment, I figured you and Slyde were filming "Midnight Poolside Rendezvous" !

Yeah, I can tell you from experience that shooting movies is the most boring thing on earth. That's why so many actors drink.

I don't give a frog's fat ass...
Maybe tomorrow you can bomb 'em with water balloons!

Bruce - She is listed as one of the producers.

Heff - That's scheduled for next week.

Steph - Boring, but well-paid. At least at this level.

Sybil - That would be fun!