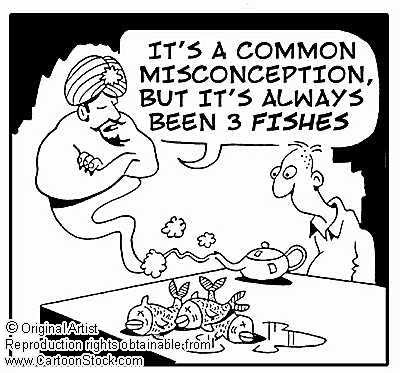 I saw this the other day on GorillaMask and it just tickled me for some reason.

It's a Wiki list of common misconceptions. The greatest thing about it? It's on Wikipedia, so who the hell knows if they are true or not. Isn't the internets a wonderful place to live?

Here are some of my favorites:
That's it. I was gonna try to find a 10th item just to round out the list and make it look pretty. But I'd rather end it with BALLCOCK. Just for shits and giggles.

ballcock is an excellent way to end any post Mr. Earl.

well, maybe i'm just overtired. but that sort of struck me wrong. blah. ok SLEEP for the misses!

I don't know if you've ever read it, but I'm guessing you might like The Book of General Ignorance.

The best part for me was what you said about Wikipedia. I often refer to it as an unquestionable source of the Truth.

MikeB - I use it way more often than I really should.

I've heard about that Crapper thing.

blah. yeah, um. this whole faux single mom stuff has made me a bit punchy.

wait. life circumstances are what they are. it's all about attitude!

Catherine the Great didn't really die from having sex with a horse.

With this new information, my life is now complete.

if you could, you would end EVERY post with ballcock...

Damn, if only someone would market that with the title "Thomas Crapper's BallCock", it would probably outsell ALL other brands.

I once had to repair my toilet, and laughed my ass off when I purchased "Corky the Ball Flapper".

"When you need a quality job in the bathroom, trust Corky the Ball Flapper".

Holly - you did your own little thing there, didn't you? Right in my comment section. :)

Avitable - That one I'm very sad about.

Candy - you are most welcome.

Heff - wasn't Corky the ball flapp..oh, nevermind. I was gonna go with a Corky/retard joke there, but it wasn't working. Ballcock!

best post ever! hehe - can't wait to tell people how dumb they are when i bring up all these topics at christmas dinner! woooo ballcock!

I am still vague on this whole Immaculate Conception thing. What does it mean that Mary was born without sin? She never sinned in her life. Her parents didn't sin before having them.

This all sounds like more mumbo-jumbo from the Catholic church to make religion sound more confussing than it really is. They are saying, "just trust us, your pea brain can't understand this, Mary could walk on water too, but she didn't want to...."

What B.S. I bet Mary was 'doing' John the Baptist...so their sins canceled one another out...that is my theory.

#8 you listed is why I got an F in Religion in the 5th grade.

If I had only had Wikipedia then...

Earl: I know that saying up there is from some movie. I've been trying to figure it out since you first wrote it.

ug. I can hear Vince Vaugn in my head as I read the line, but I can't friggin remember the movie.

This is what I am seeing in my head. Also, one of my favorite movies of all time.

Thanks for letting us know about that entrapment thing. Looks like I have to change some of my dealings...erm, nevermind.

Bruce - yeah, it all sounds pretty fishy to me.

Dawg - you too, eh? Thankfully I went to a secular school so my Religious Ed classes weren't graded. Phew!

Holly - which line? I'm confused. The quote in #4 is from the Pink Floyd album "Dark Side of the Moon". Do you mean the line in my header?

Yes b.e. wonderful useful information to invade my brain!! It's like i don't have enough useful info in there to begin with!! Now you just added to the mayhem! For that i thank you MR!!!

Surprised you didn't include this one in your post b.e.!!!!!


In spite of reports of successful non-surgical techniques for penis enlargement, there is no known scientific study that has demonstrated the efficacy of such techniques, other than surgery.

Lemmings!! Have you ever played the video game Lemmings!! IT ROCKS!

Michelle - I didn't include it because I've never looked into it. Haven't had to, if you know what I mean. ;)

Jenn - I remember that game. It is even included on the Lemmings Wiki page. Good times!

*in Beavis mode* he he... BALLCOCK

Great post. Golillamask is a great site and one that I get lots of laughs out of. Fark.com is another one with a similar slant.

i, then, am a VERY big fan of the maillard reaction.
and, if floyd said theres a dark sideof the moon, you can bet your ass there is one. period.
giggles i'm prepared to part with...

Why is it called "taking a dump, and not leaving a dump?" I mean you're not really "taking" it anywhere are you?

ballcock! you fucking blew me away with the antarctica desert thing. BALLCOCK!!

(i might start hollering that instead of bob saget. feel good.)

But is it still alright to ask a hooker if she is really a woman?

Marty - haven't checked it out yet, but I will.

Dude - who isn't a fan of the Maillard reaction? Huh?

WLC- that was common misconception #10.

Evyl - only if you are into that. Sicko.

Disney, and to a lesser extent Mutual of Omaha's Wild Kingdom, used to stage all kinds of animal battles and misfortune. They would drop an animal into a completely foreign environment or combine two species that have no reason for contact other than to start a fight and film "what happens next".

Trooper Thorn - First off...love the screen name. The Quiet Man is one of my all-time favorite films. Second...more reasons to hate Disney.

I don't get the moon thing. Is it one you made up? When I went to the page it said this:

There is no dark side of the Moon; every part of the Moon's surface (save perhaps deep craters near the poles) is illuminated by the Sun roughly half of the time. The phrase uses the word "dark" in the less-frequent sense of "unknown" or "obscure" to refer to the far side of the Moon, which because of tidal locking is never visible from Earth.[25]

You are a wealth of useless trivia in which I will jack and use on my friends and family to make them insane.

Question... did that tat make your leg ache, like in the muscle?? I had a cover up done on my left leg, and the new one is huge... hit my ankle and shin bones... for like a week, my muscle hurt so much I couldn't walk without a limp... jeeeez.