Five Questions from the Bogeyman*

*Well, his ancestor. And only in parts of Pakistan. 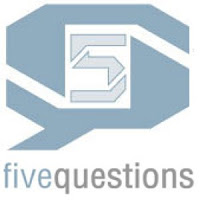 So a little while back, blog buddy Adam Avitable started or re-started the Five Questions Meme that went around so many moons ago. You can see the rules down below, but he asked his readers if they wanted to participate and I volunteered. And I wasn't even drunk when I did!

1. You and RW are some of the elder statesmen of the blogging world. Do you have any advice for us young whippersnappers?
Despite the fact that my Blogger profile lists my age as 252, I actually still feel like a teenager at heart. Plus I've been sticking to a strict regimen of no exercise, multiple cheeseburgers and booze to guarantee that I haunt this plane of existence for quite a while in the future. So I've got that going for me. Which is nice. But if it is advice that you young whippersnappers are looking for, then it is advice that I shall give. Ready? Here it is: Plastics. Hope you are old enough to get that. Fucker!

2. What is it about that rug that's so important?
Well...obviously it tied the whole room together, man. And when the Chinaman (oh, I know that Chinaman isn't the preferred nomenclature. Asian-American, please) peed on said rug, well...well, the Chinaman is not the issue here. We're talking about unchecked aggression here. I mean it's kinda about the money. By the way, do you think that you could give me that $20,000 in cash? My concern is, and I have to, uh, check with my accountant, that this might bump me into a higher, uh, tax...nevermind. It's like this thing that this Stranger, um, told me once. "Sometimes you eat the bar, and sometimes, well, he eats you." I don't really know what the fuck any of that means, I think it's an Eastern thing. But given the nature of all this new shit, you know, I-I-I-I... this could be a-a-a-a lot more, uh, uh, uh, uh, uh, uh, complex, I mean, it's not just, it might not be just such a simple... uh, you know?

Um, what was I saying? Oh yeah, the rug. It tied the whole room together, man.

3. Please defend your anti-Superman stance.
Well, since I'm not a 6 year-old anymore, a better question for you would be to defend your pro-Superman stance. I mean, you aren't 6 any more, are you? But if I need to dredge all this up again then I will. Superman sucks! Even with the occasional re-launch (don't even get me started with John Byrne. That man hates me!) where the powers that be try to de-power him a bit, the character's abilities are just plain ridiculous. And the explanation behind it is even more ridiculous. I don't need a whole lot the check my brain at the door and accept something that is supposed to be pure fantasy. But invulnerability, super strength, super speed, flight, all kinds of vision related powers including heat vision (???), super hearing and super, um, breath? C'mon. That's just fucking ridiculous. And how do they counteract those ridiculous powers? They make him vulnerable to green Kryptoninte which weakens him to the point where Lex Luthor can beat the crap outta him. But those powers and that weakness makes for incredibly boring storylines.

Oh, and how does he fly? I mean, what is his method of propulsion. Iron Man has a suit that allows him to fly. Angel/Archangel is a mutant born with wings. Hawkman has artificial wings and a harness made from Nth metal which allows him to fly. Jean Grey can fly and float using her telekinetic powers. There are others, but most of them have plausible (I know) reasons as to how they can fly. But Superman? Nope. Nothing. His body can manipulate gravity, he uses his "force of will", his Kryptonian body stores the energy of the yellow sun and he can focus this energy into flight, he is telekinetic but he can only focus that telekinesis on this one task...I've heard all the arguments. And they are all stupid. The character originally was so strong that he could leap tall buildings. Far-fetched, maybe...but I can dig that. Then they had to go and make him fly for no apparent reason whatsoever.

There is a reason that Batman kicks his ass just about every time that the two have butted heads. It's because stupid Superman and his stupid powers are just fucking stupid! Crap. I reverted to a 6 year-old's arguments there, didn't I?

4. What inspired you to start blogging?
Well, some of you may know my blog buddy Slyde. He began his blog probably around 4 years ago, and he was anxious to tell me about it. So I checked it out. And then he proceeded to update it every two weeks or so. He just didn't know what he wanted to say. So I offered to help and I started writing movie reviews and book reviews initially. From there it went pretty quickly to the dick and fart jokes that you see here almost daily. So now you know who to blame.

5. What's your favorite thing about New York? Your least favorite?
That's a couple of tough questions right there. I'm going to assume you mean NYC here, not the entire state. There are so many things to love about NYC, but my favorite thing would have to be the crazy people. I fucking love crazy people and NYC has more crazy people than rats, and it has a ton of those too. The other day, I was walking over by the Cooper Union when I heard a gentleman around the corner ranting about how the cleansing was coming. Two thirds of the population of the Earth was gonna be wiped out and the human race is gonna get another chance to get it right. I can get behind that. In fact, I have a whole list of names that I could suggest just to get things going. But I want that crazy coot to be one of the ones that survives. That would be a deal breaker for me.

My least favorite thing is how long it takes to get around sometimes. I don't like to limit myself to just one neighborhood when I am out and about. I would love some kind of teleportation device so that I could have drinks in the West Village and then zoom up to Harlem for some BBQ or to Brooklyn for some fried food without dealing with local subway stops or street traffic. If two-thirds of the population were wiped out in some kind of biblical plague, then it would be much, much easier. I'm just sayin'.

So do you want to be part of it? Follow these simple instructions, but remember that I am extremely lazy so only do it if you are truly intent on continuing the meme:

1. Leave me a comment saying, "Interview me."
2. I will respond by emailing you five questions. I get to pick the questions.
3. You will update your blog with the answers to the questions.
4. You will include this explanation and an offer to interview someone else in the same post.
5. When others comment asking to be interviewed, you will ask them five questions.

We're older separately than we are together!

Oh how fun! Interview me!

Interview me, Earl. You know you want to. And hey, I've been blogging basically since 1998!

You are just so wrong on Superman. So. Wrong!


You can interview me if you want, and I'll just answer in your comments.

So Slyde created you. Now I get it.

You know those kids that get all excited in class, hoisting up their arm and sort holding up higher with the other arm?

o and what is that movie called from the first answer, Mrs. Robinson? huh

Avitable - OK, I went a little overboard. But it's only because you called me "elder" in the first question.

Zibbs - Actually his blog was dying and I gave him a reason to live. So I like to think that I created him. Ewww.

That has got to be one of the best arguments against Superman I've ever read. The fact it was pro The Bat had nothing to do with it... really.

I've never gotten in on this meme on purpose. Mainly because I'm lazy too. Seeing as how you're lazy as well... you can interview me.

You'll probably forget (age does that dontcha know) or be too lazy to send it... so I'll be safe.

Dawg - Now you did it. Aw, who am I kidding. You are probably right. :)
And I could have gone on with the anti-Supes tirade, but I was beginning to bore myself. Adam just doesn't get it.

My God, I sucked ASS at the trivia today !

Faiqa - That sounds pretty fun as well. Nothing better than rolling around the floor with a crazy person.

Heff - Yes you did. Sorry about that dude. Next week is Heavy Metal/Hard Rock. I'm expecting great things from you.

Considering how popular I am, I have been waiting to be intereviewed the likes of Baba Wawa and Katie Couric, but their calendars are probably booked trying to chase down that Barrack dude.

So while I am waiting, feel free to "Interview Me"...just don't pee your pants with excitement while thinking up the questions.

As for the Superman flying thing....I have often wondered. I don't think he actually 'flys'....his muscle density and mass is so astronoically high that I think he is able to 'leap' to almost any stop on the globe or in space. Like a human tick. It just looks like he is flying.

Bruce - You are in. As for Supes, that used to be the explanation for his "flying", but it has changed to actual flying over the years. No other way to explain how he "flies" in outer space or changes direction while flying or, well...I've put enough thought into this already.

Your Italic skills are excellent!! Does that look good on a resume? Just wondering!

Jenn - it should look good on a resume. Wait? Do you mean? Do you mean italics themselves on the resume or italics skills? hmmm.

OK. Interview me. email is Lebner1 at Yahoo.com

b.e. question:
I am already preparing the answers to questions from the same person who interviewed you....

p.s. you really don't like superman? i love him. don't get me wrong, i love batman also, but i can't ever imagine them fighting. unless it was over me...

Becky - consider it done. Even if you do like that fucking boy scout (Superman). At least you love crazy people. :)

Superman is just too goody goody. I prefer a superhero with a chip on his shoulder and a bad attitude.

**runs in panting and out of breath** i gotta work out more...

is it too late? can i still play? interview me!?!?

Diva - um...since I've been sick all weekend and haven't begun writing the questions, OK you are in!