It's Wednesday night as I am writing this and I've got a few things on my mind, so I thought it was good time for the ole bullet game. 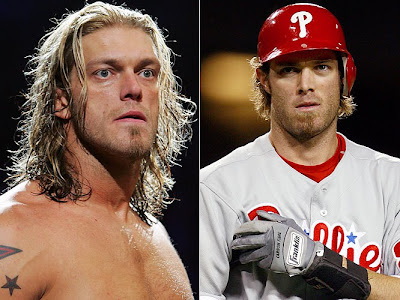 That's probably enough.  I'm already feeling bad about that last one, but fuck it!

Note: Remember to play the Bug-Eyed Trivia Challenge every day. Now walk it out!
Pissed in the corner by Verdant Earl at 12:01 AM

I think Charleston has some cool ghost hunting activities - you should do those!

That last video was soooo bad. And soooo funny.

Avitable - We plan on doing the battery/harbor boat ghost tour at least. Maybe more. I know, that last video was terrible. Terribly funny!!!

i swear, sugar, i was certain i'd left y'all a comment about charleston! we drive up there a lot since it's just 2 hrs away...anyway, this is one of my favorite places,

if quentin baxter is drumming anywhere in town, go and see his show! tell him that his friends in savannah sent you! xoxoxo

Jimmy - it has it's moments.

Savannah - You did leave a comment about Quentin Baxter, but not Rue de Jean. I was just reading about it last night. Sounds great! Thanks!

Are Yankee fans and people who found that video funny on the same or separate circles of Hell?

If you think about what it takes to get into heaven...the rules and the whatnot...who would want to hang out with anyone who makes it in? Buncha fuckin' squares. Point being--that last video is HILARIOUS! Can't wait to get to hell!

Uncool - I think being a Yankee fan might be enough positive karma to offset laughing at the disabled. ;)

Zibbs - Yankees win tonight and it's a rematch of the 1950 World Series. Yanks swept the Phils that year, by the way.

something tells me you weren't hating on mr. torre a few short years ago. when he was geting you all those tropies.

El Duderino - I've actually never been a Torre fan. Sure it was great when we were winning, but those teams were built to win. So were the teams from 2001-2004, so...