Bread and cheese, anyone?

That's right.  Bread and Cheese Hollow Road.  Hard to believe that's possible, isn't it?  But there it is. 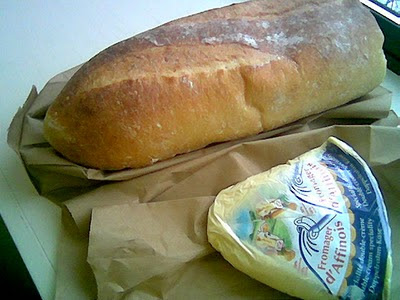 If you are familiar with Long Island and the Commack/Northport area you will know that if you go north on Commack Road it's gonna turn into Townline Road once you cross Jericho Turnpike.  Then it all of a sudden turns into Bread and Cheese Hollow Road when you cross Pulsaski Road for about two miles.  Then it turns into Fresh Pond Road once you get north of Fort Salonga Road where it eventually ends at the Long Island Sound.  Yeah, in about a five mile stretch the same road goes by 4 different names.  Welcome to Long Island.

And that, my friends, is bad-ass!  Well, maybe not bad-ass, but it is kinda cool.

The North Shore of Long Island is littered with stretches of road named "this" Hollow and "that" Hollow.  Some of them may even be haunted, according to certain legends.  These roads all run along low, wooded areas that run between the hills of the North Shore.  And those low, wooded areas were called hollows back in the day.  This particular hollow was an old boundary between the Towns of Huntington and Smithtown in the late 17th Century, and to this day it partially marks that boundary.  And the boundary was marked in this hollow with hedges grown from hawthorne, planted there by a gentleman named Richard Smith.

Richard Smith had grown up in Yorkshire, England.  At at that time the leaves of the hawthorne (or hawthorn) plant were known as "bread and cheese" by the locals.  They are edible, I guess, but I can't imagine that they taste anything like bread and/or cheese.  But they do have these wonderful white blossoms and they are fast growing so they became commonly used for boundaries in that area.  Since they grow well in just about any soil they made their way over to the Colonies where they were also originally used for boundary lines before, ya know, fences and shit.

*There is another local legend about how the name came to be.  Richard Smith (remember him?) was granted the lands of Smithtown by a local Native American chief around 1665 for rescuing the chief's kidnapped daughter.  He was told that he could have all the land that he could encircle while riding a bull in one day.  There is a statue of this bull...named Whisper...standing in the center of Smithtown to this very day.  Anyway, according to legend, he stopped in this hollow to have a bread and cheese sandwich.  Dude got hungry.  Wiki doesn't mention it, but this story has been mostly debunked by local historians.  But I think I like it better.

Note: Remember to play the Bug-Eyed Trivia Challenge every day. That was a long way toward a pretty lame story, wasn't it?
Pissed in the corner by Verdant Earl at 12:01 AM

I use to work on Bread & Cheese Hollow Road. It was always fun to tell people because they never believed that was the name of the road.

My two favourite street names are both in Yorkshire (North East England for the uninitiated)...

The Land of Green Ginger (Hull)
and...

In The Skatch we have towns named: Moose Jaw, Eyebrow, Elbow, Mozart, Handle, Love, and Regina (Rhymes with Va-jay-jay)

The streets names are pretty boring though, maybe to make up for the incredible town names.

Don't have a favorite road name that I can think of, but I did enjoy the untold local legend about Whisper and the Native American chief and the bread and cheese sandwich. Cool stuff.

Rachel - The only thing cooler would be LIVING on Bread and Cheese Hollow Road. :)

Wabbit - And I like the connection to my Yorkshire/Hawthorn story. Nice.

Diva - I believe our local hockey team (the Islanders) moved their training facility to Moose Jaw. I could be wrong though. I don't really follow the sport.

Kate - you should see the statue of the bull. It's quite impressively anatomically correct.

That's a long walk for a sandwich my friend. However, I love the road. Always feels like I'm on the Millennium Falcon in hyperspace. Only instead of stars, I'm encapsulated by leaves. A verdant tunnel if you will.

I wish my poor brain could remember the names of roads I passed on my way to OU.
There were some great ones.

Lando - I originally wrote "long walk for a sandwich" in the postscript, but changed it at the last moment. I could go for a sandwich right about now, actually.

Sybil - I hear ya. I need one of them polaroid brains myself some days.

We have a road near us called Poorhouse Lane.

Who the hell would want to live there?

Zibbs - Well if it was called "Pourhouse", then I would be first on line. Get it? Pourhouse? Beer? Thank you, ladies and gentlemen. Tip your waiters and bartenders!

true story: the bull statue is anatomically correct. (i.e. its got a huge hog).

Slyde - What else has is anatomically correct and has two thumbs? ::This guy::

Out here in the wide open (and corrupt) western United States, the East / West Streets area always named after presidents and the North / South roads are usally named after indians (excuse me, "Native Americans"), so they don't have much uniqueness.

Up near Flagstaff and Prescott, there is a trail called Schnebly Hill Road that traverses the back country into the red rocks of Sedona. Never been on it, but it is supposed to be pretty breath taking.

he must have been bad ass to ride a bull. i mean, they have rodeos and shit where those massive animals try to buck guys off their backs and then step on em.

regardless, i love the name bread & cheese hollow road. just for that i'm gonna buy crusty bread to eat with my awesome five counties cheddar and my amish cheeses. yum.

I like the local legend about the bull but I have a hard time picturing anyone being able to ride one for any significant amount of time. Ouch. Very interesting though. It's scary how much I learn over here sometimes. ;)

Becky - And Iron City would be what city? ;)

Faiqa - always looking out for me. Thanks! ;)

We have Husband, Duck, and Burdick Streets. When I first moved here I thought that was pretty funny. My favorite though was one that was in the mountains where I grew up in California. It's Indian: Takapis Road.