Have any of you heard of this cursed screenplay that is out there, killing the World's Best Overweight Comic Actors? It's called Atuk, and it's a fish out of water story about an Eskimo man trying to adapt to life in the big city. Sounds hi-larious! (sarcasm alert).

First it killed John Belushi in 1982. Belushi loved the screenplay and had agreed to play the lead character in the film. The screenplay decided otherwise. A sketchy drug overdose later, and the screenplay had started to develop a taste for blood.

Then it killed Sam Kinison in 1992. Kinison actually got as far as filming one scene for the film, but he decided he wanted to live so he quit. The screenplay pointed it's skeletal finger of death at him anyway and killed him in a car accident.

Then John Candy was approached for the role of Atuk in 1994. You can see where this is going. Yup...the screenplay induced a heart attack for the big man in March of that very year. I'm sure it had nothing to do with his immense size and his family's history of heart disease. Nah. It was the killer script.

The last (to date) victim of the Atuk curse was Chris Farley in 1997. He was just about to accept the lead role in the film when the screenplay nudged him into a drug overdose. Just like his hero, Belushi. That, my friends, is how this screenplay prefers it's irony, I tell you.

An additional victim just might be Phil Hartman, who Farley showed the screenplay to (major fail!) for a supporting role. This time the screenplay used Hartman's wife to kill him. That's just cold, man! 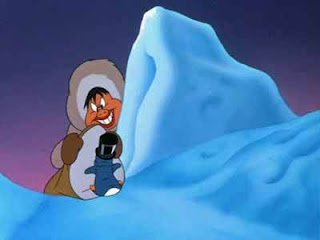 Oh, totally un-related but this one is for The Diva. She once tried compiling all the different phrases for vagina. Someone took care of it all for her right here. You are most welcome.

Random Wiki: Grobbendonk is a municipality in the Antwerp region of Belgium. Why they would name it after some monster from a faerie tale is beyond me. I once had a nightmare where a Grobbendonk lived under my bed and taunted me in Flemish. Brrrr. Chills.
Pissed in the corner by Verdant Earl at 12:01 AM

i have never heard about that script, which is weird because i know everything....

Sounds like Jack Black should be on the lookout...

RDubs - Wow is right! Or were you talking about the vagina euphemisms? ;)

Slyde - I was thinking Jack Black, Will Ferrell (paunchy) or that dude from King of Queens (not funny enough).

When Atuk comes out it will be the movie that beats Titanic in the box-office.

Ookami - or it will kill everyone in the theaters!

Any idea where I can get a hold of this murdering screenplay?

Just, you know, out of curiosity.

Britt - Got a boss or a spider you might wanna give it to?

I wish somebody would have given it to Louie Anderson.

Avitable - Just don't give it to John Goodman. That man is too good.

On the topic of naming the nether regions, I must submit:

I haven't read through your instructions on how to compress a hyperlink into one word yet. My apologies.

Fan of the fruit cup

Mrs. Hall - oh, it's a lot harder to do in a comment form than on an actual blogger page. Hopefully they will address that in a future update.

Where can I get a copy of this screen play....I want to send it to my ex-wife.

Lotus - last I heard enterprising soul was selling it on eBay. Probably for just that reason.

Oh my, the vagina list is perfect in a horrifying creepy way!

Your blog rocks, i am so glad i found you!!!

and so on and so forth.