Ashes to Ashes
Funk to funky
We know Major Tom's a junkie
Strung out on Heaven's high
Hitting an all-time low
Ashes to Ashes - David Bowie (1980)
I watched The Heartbreak Kid last night. The Farrelly Brother's silly remake of the silly Neil Simon penned film from the early 70's. My review: don't bother! It was an utter waste of time for some of the pretty talented people involved with the film.

But I did like the soundtrack. That is one thing the Farrellys do extremely well. This one included a lot of David Bowie tunes, and for that reason alone I can say that I'm glad I watched it. I love me some David Bowie, and I haven't listened to him in a really long time.

Take the above lyric from his song "Ashes to Ashes". It came off of his 1980 album Scary Monsters (and Super Creeps). Certainly not the high point of his career or his creativity, but a pretty good album. Especially this song.

How much fun must he have had writing that song, and that lyric in particular? It just makes me smile for some reason. The album was a "so long" to the 70's and the 60's of sorts. He even brought back Major Tom from Space Oddity for a quick goodbye. No longer the uber-cool space hippie of the late sixties, Major Tom has fallen on hard times. It's sad and whimsical and funny all at the same time.

I think I'm getting old, because all I can think of is "Man, they just don't write songs like that anymore!" Crap!

My mother said "To get things done, you better not mess with Major Tom." - David Bowie 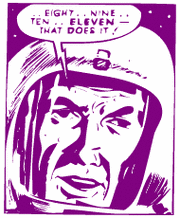 Random Wiki - This one is about the Tauranga Cup. It's a sailing competition in New Zealand for P Class yachts. It's been going on since 1940 with a break in the action for WWII and a polio outbreak in 1948. A woman named Leslie Egnot won it in 1979. You are most welcome. - Earl
Pissed in the corner by Verdant Earl at 12:01 AM

Thanks, Earl. I love David Bowie too, but mainly his earlier stuff. In 1972, I was cruising along with my girlfriend in South Jersey when we heard an announcement on the radio that David Bowie's Diamond Dogs Tour would be appearing at the Tower Theatre in Philadelphia. The radio station said to write in for tickets. We did and a couple weeks later came the tickets for Row A, Seats 1 and 2. We must have been the very first. It turned out that they recorded that concert and made it into David Live. What memories.

thanks for the HK review... i wanted to see it, but i heard such crappy things about it ive been on the fence...

The previews looked so shitty that I had no doubt it was a bad movie.

Slyde - Not only unfunny, but you have to endure a couple of scenes of Ben Stiller having sex. Blech.

Avitable - The previews probably showed the best parts of the film. I know. Sad.

With the exceptin of "Lets Dance" I never could get into Bowie. He was just a little bit too much on the 'freak' side for my taste.

Lotus - you know, I go back and forth on Bowie. His stage persona was certainly freaky, but I can listen to Ziggy Stardust and appreciate the music without thinking of the image. Sometimes. Other times, yeah...he's a bit freaky.

I gotta agree with lotus on David Bowie.

I once read that 'funky' (as in 'Major Tom' lyrics) was originally a word for the odour caused by - how does one put this delicately - too much sex and too little washing. Thus 'you're a funky sort of dude' would not necessarily be well received.

Apologies if everybody in the US of A knew this already - we lead sheltered lives here...

Thanks Earl - anyone who talks about David Bowie brings a smile to my face. The man is a genius and one of my teenage crushes. :)

WR - not sure if it is the original meaning, but yeah...I've heard that.

Yeah, absolutely no desire to see that film. I do love that song, though. Reminds me of a simpler time, when MTV actually played MUSIC. Crazy, I know, but true.

Karl - yeah, it had a great video. One of the very first on MTV.